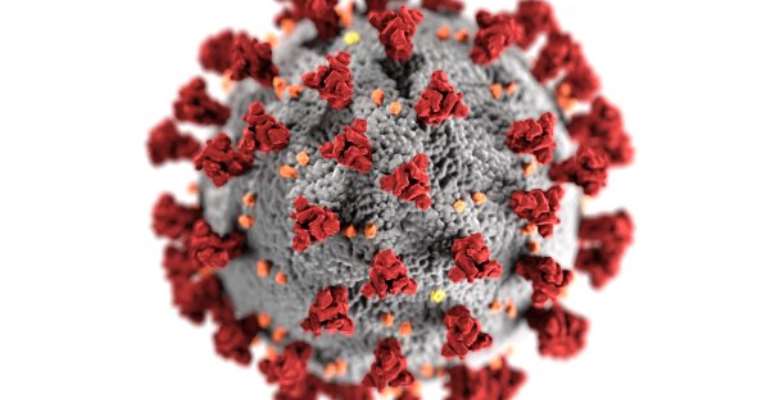 Although Ghana has recorded close to 13,000 COVID-19 cases with 66 deaths yet a large number of the population believes the virus does not exist.

The Ghana News Agency has observed that whilst health experts are educating the public through the various media outlets, certain sectors of the populace are sharing information based on their own conviction and understanding, without referring to any authentic and credible sources.

During a scan through the Accra Central district by the Ghana News Agency, on Thursday, several traders could be seen going about their businesses without an iota of caution.

Most of them had no face masks, no hand sanitizers nor veronica buckets filled with water, and were doing business without ensuring that they are at a safe distance from each other.

Many people moving through the district and doing business with these traders, also appeared not to be bothered about the possibility of contracting the virus, as several freely mingled and shopped.

Scores of people in an interview with GNA said they did not even believe the virus existed; “They are telling us people are getting infected but we don't see those people,” said Mr. Haruna Iddrisu, a carpenter who was working without a care for the virus, and equally exposing his little boy who assists him at the shop.

“Let's leave the people at the top to do their thing. This is not something that should bother those of us at the bottom," he said.

In the words of a gas attendant who would not mention his name, “have you ever heard of a virus surviving outside the human body? They are just confusing us. Don't mind them.”

A group of young men at an internet café believed that the talk about COVID-19 was just a hype to promote medicines that they (the young men) believed would soon be manufactured and sold out to the world.

A drive through several other parts of the city including Adenta, Madina, East-Legon saw people who run the risk of getting infected, such as vulcanizers, auto mechanics, and some gas and fuel attendants, not being cautious as they go about their duties.

Some people working in some auto mechanic shops and vulcanizing outlets practiced no preventive measures at all, although their jobs bring them into constant contact with a wide range of clients, which easily exposes them towards getting infected.

Places such as malls on the other hand, enforce strict hygienic practices, which are religiously adhered to by patrons.

At the Accra mall for example, a “no face mask, no entry” signage is boldly posted at all entrances, with security guards on standby to enforce these measures.

Several shops within the mall also ensure that each shopper is tested with the thermometer gun, to ensure that they are healthy before being allowed into these shops.

To compliment these efforts, shoppers could also typically be seen adhering to all the measures recommended by health experts such as social distancing and the wearing of face masks.

Health experts have cautioned that with the human society being highly interactive, the nature of the COVID-19 and its spread, made it crucial for each person to act as though he or she were infected and preventing others from getting infected, while at the same time, also treating everyone else as though they were all infected and could infect him or her.

2020 Polls: Kwaku Bonsam Fires Up For Victory In Offinso Nor...
8 minutes ago