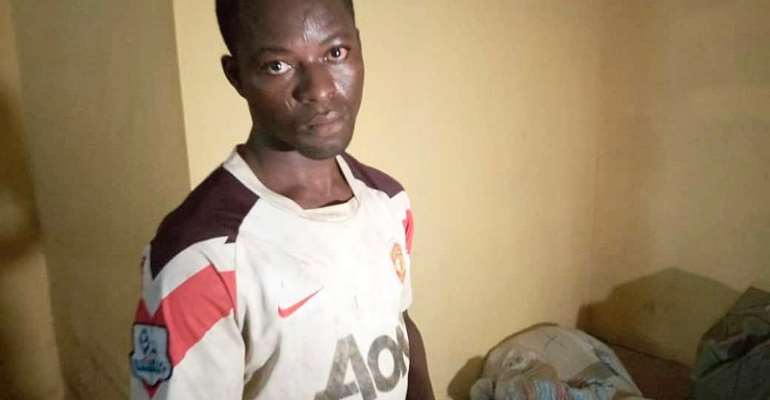 The Kumbungu Divisional Command have arrested a 25-Year-Old Adam Osman for allegedly stealing food items at Kumbungu D/A Primary B belonging to the Ghana school feeding program in the district.

The items stolen by the suspect included two bags of maize, five bags of beans, and 25 jerricans of cooking oil.

The suspect was arrested on June 15 when he returned to Kumbungu after he went into hiding.

The assistant headmaster of Kumbungu D/A Primary B, Yakubu Mohammed had earlier on lodged a complaint that the school's storeroom was broken into and jerricans of oil and grains stolen.

Residents realized that some food items were left at the Kumbungu market whiles animals were feasting on it.

Station officer, Justice Komla Azumah, told journalists that the suspect evaded arrest upon hearing that police were after him.

However, luck eluded the suspect when he returned to the township.

The suspect will be arraigned before court after investigations.