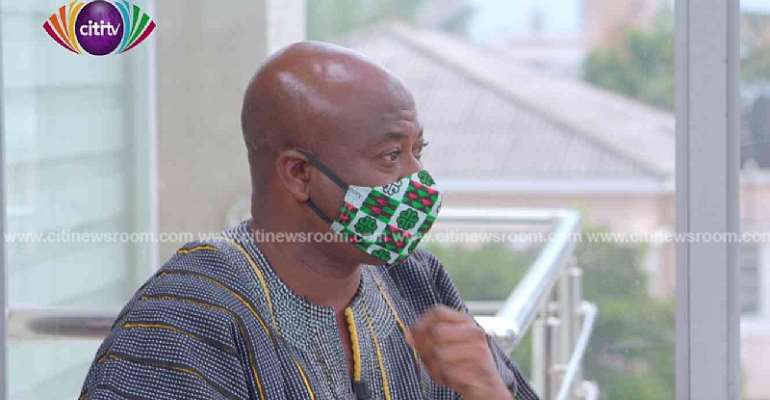 The opposition National Democratic Congress’ parliamentary candidate for Tamale Central, Ibrahim Murtala Mohammed has described as irresponsible and dangerous, a decision by the Ghana Health Service (GHS) to discontinue mass testing for COVID-19 in the country.

The Ghana Health Service has asked all Metropolitan, Municipal and District health directorates to instruct health facilities within their jurisdictions to desist from mass testing of any group of individuals unless they are authorized by the Director-General.

In a statement, it said all suspected cases are also expected to be managed as COVID-19 cases until the results arrive to avoid mortalities.

But speaking on Citi TV’s Breakfast Daily, the former legislator for the Nanton Constituency said the move was only going to facilitate the spread of the virus from asymptomatic patients.

“I just chanced upon a circular sent by the Ghana Health Service, they signed to Metropolitan, Municipal and District health directorates instructing them that they should stop any mass testing. That letter is saying that they should not do mass testing and that they should test only those who come to the hospitals and health centres with some of the signs. We have been told by the experts that there are people who are asymptomatic. So what it means is that those who are asymptomatic can continue spreading. My point is that it is dangerous if you have a government who tries to praise itself over some of the things they have done throughout this period and they give such a directive. I think it is absolute irresponsibility.”

“Why will you send a circular asking MMD health directorates not to do any mass testing even though they have the opportunity and the capacity to do that? And that they should test only those whom they believe they have to test because they are showing symptoms of coughing, headaches and others. What about those who are asymptomatic? So if you are at the health facility and someone comes without showing the symptoms that the directorate is directing them to look out for but the medical officer suspects that he needs to test such a person for COVID-19, he cannot do that because there is a directive,” he lamented.

He also indicated that the move was a recipe to infect more health workers with the virus since they may be exposed to the virus unknowingly.

“If you observe the case in Kumasi, about 27 health workers have been quarantined because they came into contact with COVID-19 patients. And most of these people that they have tested; at least 20 of them did not show any COVID-19 symptoms, but when they did the test, 20 of them tested positive, that is dangerous. So I am saying that the only way to go is to do mass testing if you have the capacity and the ability to do that. But if you give a blanket directive that don't do mass testing even if you have the capacity to do it then where are we heading to? We will only be risking the lives of these health workers.”

A total of 97 healthcare personnel have so far tested positive for the Coronavirus disease (COVID-19) in the Ashanti Region.

Deputy Ashanti Regional Director of Health Service, Dr Ofori Yeboah, who disclosed this at a press conference, said 14 of them have so far recovered.

He added that one doctor who also tested positive however succumbed to the virus.

According to the new data shared by the Ghana Health Service on Thursday, June 18, 2020, the number of people who have recovered is now 4,468 with the number of deaths remaining 66.

The total number of active cases is 8,395 with 14 people reported to be in severe condition.