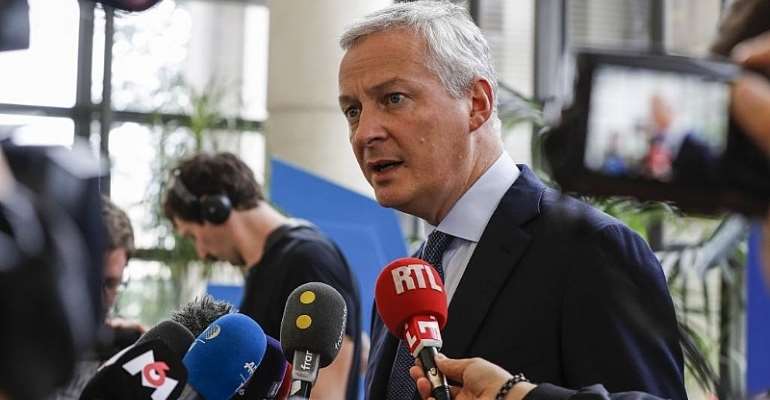 Finance Minister Bruno Le Maire has insisted that France will go ahead with plans to tax big digital companies this year and criticized the United States' decision to walk away from talks on the issue as a 'provocation'.

“Whatever happens, we will apply a tax on digital giants in 2020 because it is a question of justice,” Bruno Le Maire said on France Inter radio Thursday.

Just hours beforehand, the United States threw plans for a global tax framework for technology companies into disarray by pulling out of negotiations with European countries.

In a letter to four European finance ministers, US Treasury secretary Steven Mnuchin said that discussions had reached an “impasse” and warned EU leaders of retaliatory measures if they pressed ahead with their own taxes.

“This letter is a provocation," insisted Le Maire.

"It's a provocation towards all the partners at the OECD when we were centimetres away from a deal on the taxation of digital giants," the French finance minister said.

Covid-19 urgency
European governments argue that tech firms pay too little tax in the countries where they make significant sales, because they are often domiciled in low-tax jurisdictions and are able to shift their profits seamlessly across borders.

The urgency for a solution has been increased by the Covid-19 pandemic, which triggered lockdowns around the world and slowed the global economy.

Le Maire said "tech giants are perhaps the only ones to have made huge profits from the coronavirus crisis," and analysts reckon a digital tax could help cash-strapped economies recover more quickly by tapping into deep-pocketed companies.

The US Treasury prefers to wait. It said that "this is a time when governments around the world should focus their attention on dealing with the economic issues resulting from Covid-19,” and not attempting to rush a deal.

In January, Le Maire and his counterpart Mnuchin managed to prevent a diplomatic fallout when the US agreed to halt retaliatory tariffs on French goods, including wine, alongside a commitment by Paris not to impose a national digital tax immediately.

But today, Le Maire is determined not to back down.

Pay up
Le Maire said France, Britain, Italy and Spain had jointly responded on Thursday to the US Treasury letter.

"We want a fair taxation at the OECD as soon as possible," he argued.

If the United States fails to listen, Le Maire warned that other European countries would follow in France's footsteps in imposing their own national tax despite US pressure.

"No one can accept that these giants profit from 450 million European customers and not pay tax in the countries where they operate," he said.