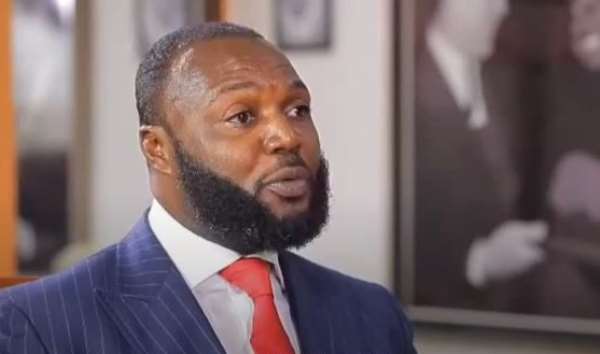 The High Court, Commercial Division, has given founder of defunct Capital bank Ato Essien one last chance to negotiate with the State on charges brought against him for his involvement or otherwise in the collapse of the Bank.

Ato Essien and three other former top executives of the collapsed entity; Fitzgerald Odonkor, Tetteh Nettey and Kate Quarety-Papafio have been charged with 26 counts of criminal offenses including Stealing and Defrauding by false pretenses, for their respective roles in the collapse of the Bank.

Mr. Essien in May this year told the Court presided over Justice of the Appeal Court, Eric Kyei Baffour sitting as an additional High Court Judge, that he was willing to refund 27.5million Ghana cedis which he is being accused of using for business promotion, in order for the charges against him to be dropped.

His lawyer, Baffuor Gyewu Bonsu told the Court in May that 1.4million Ghana cedis of the amount had already been paid. Appearing in Court today, however, a Chief State Attorney, Marina Appiah Oppong said the negotiations failed.

She said Mr. Essien presented a first proposal that was unsatisfactory, as such, turned down. A second proposal she said had already been responded to by the State which response was yet to be served on the Defence Counsel.

Justice Kyei Baffour thus ruled based on the Chief State Attorney’s plea that the case be adjourned to the 9th of July 2020 to allow for the two parties to conclude the negotiations.

He, however, directed that “notwithstanding any possible outcome of the negotiations, a trial will proceed on the next adjourned date.

Meanwhile, the State has amended its charges against founder of collapsed Unibank in a case also being heard at the High Court. He is being tried for the collapse of UniBank. The Former Central Bank Chief and Finance Minister in the Rawlings Administration is standing trial with a former Deputy Governor of the Bank of Ghana, Johnson Asiama and other former executives of the Bank for fraudulent breach of trust, money laundering, contravention of the Bank of Ghana Act and Conspiracy to commit crime. The State today added three more charges to the 68 already levelled against them. They have however been admitted to bail and adjourned to July 16th and 17th for Case Management.