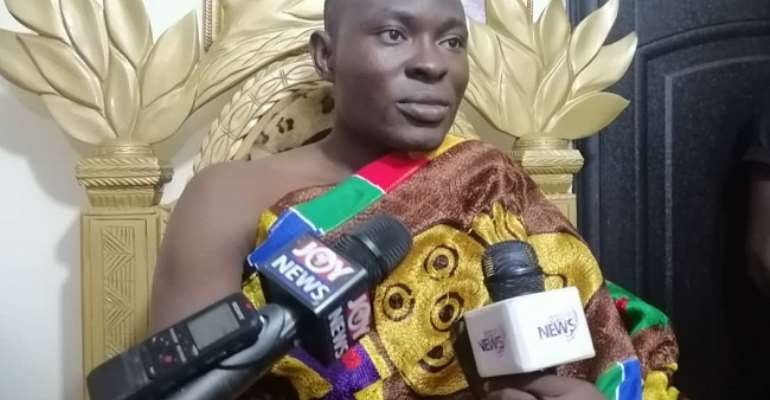 This follows an apology rendered to the Omanhene and the council by a high-powered delegation of some NPP members in the constituency.

The MP and his followers were said to have insulted the Omanhene with unprintable words on social media, leading to the council pouring libation to invoke curses on the MP and his supporters for denigrating the Hima Dekyi Stool occupied by the Omanhene.

Besides, the council banned the MP and his supporters from carrying out any political activities in the traditional area.

Obrempong Hima Dekyi, who confirmed the decision of the council to forgive the MP and his supporters at his 5th anniversary celebration as paramount chief on Sunday, said a delegation from the party had apologized on behalf of the MP.

He indicated that once an apology had been rendered, everything should be forgotten. He said there was no need to bear a grudge against anyone, adding “I have used the great stool of the land to settle the issue. Kojo Kum is my grandchild and so if they have come to settle the issue, then we are pleading with the gods to have mercy on them.”

He reminded them that the Ahanta Traditional Area could only be developed when there was unity and cautioned that what happened should not be politicised.

“There are three big chiefs here in Ahanta West. Imagine what will happen should we all unite and also unite our sub-chiefs. Ahantaman will definitely prosper,” he added.

Obrempong Hima Dekyi admonished the traditional rulers of Ahantaman to desist from things that would cause divisions as they strive for development.

“We should try as much as possible to shy away from any act of divisiveness and rather fashion out ways to make our subject self-reliant and self-sufficient,” he said.