After George Floyd Demonstrations, What Next? 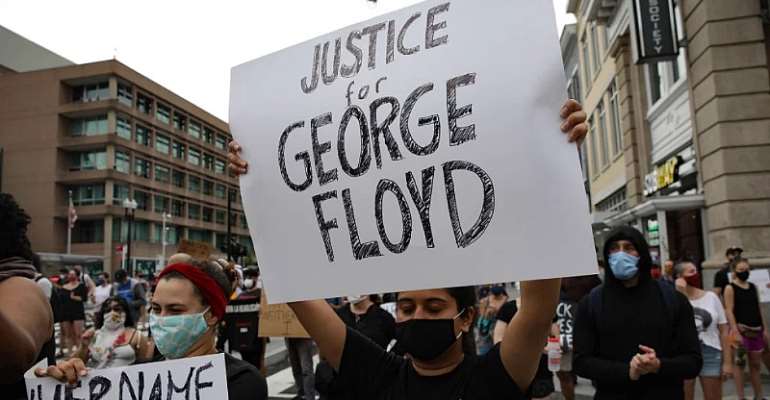 But is not the slave trade entirely a war with the heart of man? And surely that which is begun by breaking down the barriers of virtue involves in its continuance destruction to every principle, and buries all sentiments in ruin. - The Interesting Narrative of the Life of Olaudah Equiano

EQUALITY BEFORE THE LAW, expressed also as 'equality under the law' or 'equality in the eyes of the law', implied in 'legal equality' or 'legal egalitarianism' is that principle which recommends that each independent person has to be treated equally by the law. It also ensures that all persons are subject to the same laws of justice.

The Code of Hammurabi, the exalted prince of Babylonia, took note of this, and his Code of 1750 B.C. sought… “to destroy the wicked and the evil-doers; so that the strong should not harm the weak… Pythagoras, Herodotus and Thucydides used 'isonomia'. The English word derived from this is 'isonomy' (equality of the law). The Torah (Teaching) recognised this, and provided the ancient Hebrew people with a code of religious and moral laws. The Romans, like the Greeks, based their laws on the notion that they should apply to all citizens equally. The 'Twelve Tables' (Duodecim Tabulae) formed the basis of Roman law. which included: Procedure for courts and trials; execution of judgement; legal acquisition and possession; land rights and crimes, tort…

The United Nation's Universal Declaration of Human Rights (1948) proclaims, “All human beings are born free and equal in dignity and rights… everyone is entitled to all the rights and freedoms set forth in this Declaration without distinction of any kind, such as race, colour, sex, language, religion, political or other opinion, national or social origin, property, birth or other status.”

Blacks, Negroes or African-Americans have had to struggle all their lives. They were captured as slaves in the African huts and villages, some were captives or prisoners of war in the various inter-tribal African wars…transported as cargoes in the Atlantic Slave Trade to the Americas – starting from the 15th century and reaching its peak in the 18th century. Tribes that were transported included Akan, Bakongo, Fon, Igbo, Mande and Wolof. The slaves' African names were dropped, and they were given names of stones, clay, flowers, trees, and they lost their African roots and contacts.

Their African standards, customs, belief systems were all submerged and they were forced to adopt those of the enslavers. The over 10 million slaves packed tight in slave ships suffered torture and were deprived of human dignity. The women and girls were raped by the crew-men. Disease was rampant because of malnourishment and lack of hygiene and anyone who died was thrown into the sea. The slaves were used to fight wars that were not their own. Initially, there was scepticism about recruiting black soldiers, but during the American Civil War, April 1861-April 1865 blacks in the Union Army numbered over 180,000: they were called 'The United States Coloured Troops'. There was discrimination in the pay structure, the black soldiers were given $10.00 per month with a deduction of $3.00 for clothing; white privates received $12.00 per month plus clothing allowance of $3.50, till June 1864 when the Federal Congress granted all the soldiers equal pay. It was after the last Battle of Palmito Ranch in April 1865 that the Union won, leading to the abolition of slavery and the ratification of the 13th, 14th and 15th amendments to the Constitution of the United States.

Some sympathisers of George Floyd have argued that it was a “pandemic of racism and discrimination” that had led to his death. Reverend Al Sharpton, a civil rights activist, charged the audience at Floyd's memorial service, “It is time to stand up and say 'get your knee off our necks' we won't stop… we're going to keep going until we change the whole system of justice.” The U.S. justice system has not learnt any lesson from the overturning of the pitiful conviction of 14-year old George Junius Stinney penalised to die in the electric chair in 1944. In 2014, he was exonerated. Historically, many blacks had been victims of brutality, discrimination and injustice. In July 2014, Eric Garner was wrestled to the ground by a New York Police Officer on suspicion of illegally selling cigarettes. Garner said “I can't breathe” eleven times. In August, 2014, Michael Brown (18 years of age) was shot six times by a Missouri police officer who was responding to reports that Brown, not armed, had stolen a box of cigars. The officer resigned from the force but was not prosecuted. In November 2014, Tamir Rice, a boy of 12, was shot dead by an Ohio police officer for pointing a toy gun at the police. In April 2015, Walter Scott was shot in the back five times by a white police officer after he had struggled with the police for defective light, and was running away from them; the police officer was given a sentence of 20 years in prison. In July 2016, there was Alton Sterling and Philando Castle. In March 2018, there was Stephen Clark and in March 2020, there was Breonna Taylor who was shot eight times when officers invaded her apartment in Kentucky on suspicion of drug dealing – no drugs were found… and just before George Floyd's death, Ahmaud Arbery, 25-year-old who was apparently jogging was shot dead by Travis Mc Michael, with his father in Georgia.

President Donald Trump has signed an executive order on Safe Policing for Safe Communities, and he says the order “encourages police departments to adopt the highest professional standards.” There are financial incentives for police departments to adopt national best practices…, chokeholds (like the one that killed George Floyd) are restricted, save when a police officer's life is threatened; Trump noted: “… we need to bring law enforcement and communities closer together, not to drive them apart.” But critics say; “Trump doesn't get it”, and Vanita Gupta, president of the Leadership Conference on Civil and Human Rights notes: “This executive order is a woeful attempt to shift focus from the dangerous rhetoric and policies he has previously promoted. Piecemeal reform effort will not achieve the transformative change needed to heal our country and usher in a new era of public safety in which all communities thrive.”

Few days after the widespread protests of George Floyd's death, an Atlanta police officer shot and killed Rayshard Brooks as he fled outside a Wendy's restaurant. Representative James Clyburn noted, “…he had no weapon on him … so he's running away, you've got his car, you can easily find him. But no, you fire bullets into his back.”

It took a hard fight to get to where we are now. A harder fight is expected. We are all in this fight together; we are part of humanity, and when Albert Einstein says, “I love humanity”, we say, “So do we.”