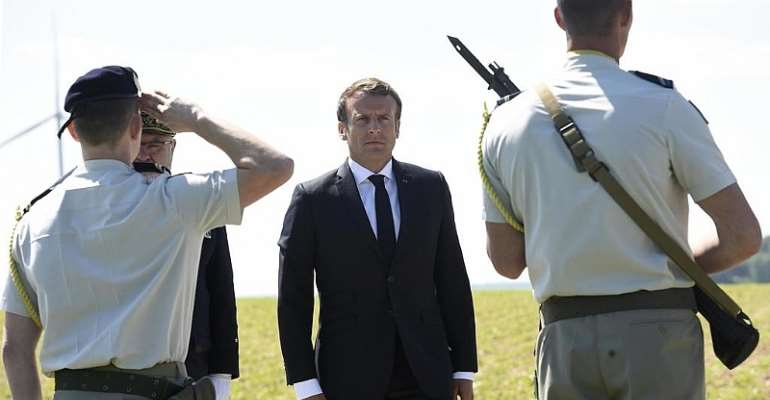 French President Emmanuel Macron will travel to London on Thursday to commemorate the 80th anniversary of Charles De Gaulle's appeal, on 18 June, 1940, to resist the Nazis, and to bestow the Legion d'Honneur – France's highest medal – on the British capital for helping to liberate France.

Edgard Tupet-Thome, aged 100, Daniel Cordier, 99, Hubert Germain, 99, and Pierre Simonet, 98, will not be present, however, and will receive their awards in France later.

They are the only surviving holders of the Croix de la Liberation, an honour bestowed by de Gaulle on 1,038 men and women who distinguished themselves in the struggle to liberate France.

Before heading to the UK, Macron will first visit the Liberation Museum at Les Invalides, where he will meet with Germain, who is a boarder there.

Then, alongside his predecessor Nicolas Sarkozy, but without an audience due to health concerns, he will attend a traditional ceremony at the Mont Valérien memorial, the main place of execution for resistance fighters and hostages.

The Patrouille de France, the acrobatic arm of the French Air Force, and the Red Arrows of the Royal Air Force will fly over Mont Valérien and the statue of Winston Churchill in front of Paris's Petit Palais.

Highest honour for British capital
With a small delegation, the President of the Republic will fly to London – where the quarantine requirement for foreign visitors exempts diplomatic visits – to pay tribute to the city that was the capital of Free France.

London will become the seventh city to receive the Legion d'Honneur badge thanks to a radio address made shortly after the Nazi invasion of France. With permission from Winston Churchill, the BBC broadcast a message from General de Gaulle to his nation that laid the foundations of the Resistance.

A statue of Churchill that stands on Parliament Square was uncovered for Macron's visit. It had been boarded up since last week to prevent it from being damaged by Black Lives Matter protesters.

On his first trip outside France since the start of the coronavirus lockdown in March, Macron will hold talks with Johnson at 10 Downing Street about their countries' responses to the pandemic.

Brexit should also be on the agenda, as pressure increases on Britain and the EU to reach a trade deal before the end of the year.

Ex-I.Coast president Gbagbo warns of 'disaster' in upcoming ...
47 minutes ago