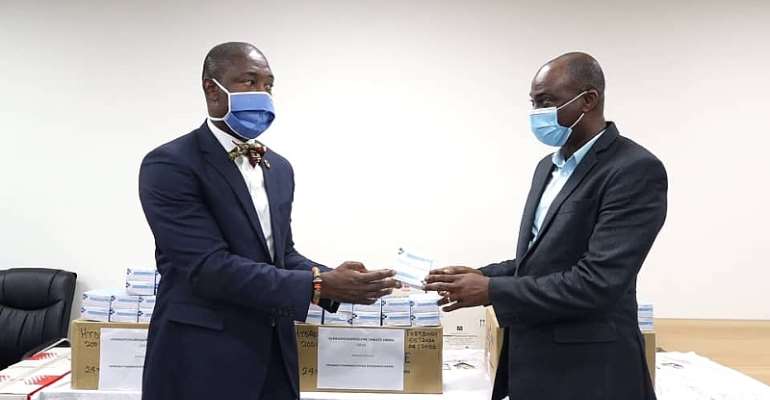 Government has given the assurance that, it will do everything possible for Entrance Pharmaceuticals and Research Centre, a member of the Tobinco Group to secure a 5 million credit facility from EXIMBANK to produce hydroxychloroquine on a large scale.

EXIMBANK Ghana, about a month ago, made a commitment to advance a credit facility to Entrance Pharmaceuticals and Research Centre, to produce hydroxychloroquine and azithromycin locally for the management of COVID-19 cases.

The bank said it was ready to extend a $5 million facility to the company for the production of the drugs locally.

Even though Eximbank is yet to honour its commitment, Entrance Pharmaceuticals has managed to produce hydroxychloroquine locally as promised by the Chairman of the Tobinco Group, Nana Amo Tobbin 1 and subsequently presented 1,000 courses of Hydroxychloroquine worth over GHS100,000 and 18,000 bottles of Foligrow to the Ministry of Health to support government in the fight against COVID-19 . Hydroxychloroquine has been endorsed by WHO for the treatment of COVID-19 patients.

Receiving the donation, Dr Okoe Boye commended the Tobinco Boss, Samuel Nana Amo Tobbin and the Entrance Pharmaceuticals and Research Centre for supporting government with the medicine for the treatment of COVID-19 patients.

He noted that for government to succeed in the fight against COVID-19, it will take partnership such as that of the Tobinco Group, expressing hope that the partnership will last.

Dr Okoe Boye, therefore, assured the Tobinco Boss that the Ministry of Health will ensure that the process of securing funding from EXIMBANK to commence the production of the drugs on a large scale is expedited.

In an interview with journalists after the presentation, Nana Amo Tobbin reiterated that before the partnership, the company had decided to produce hydroxychloroquine and other drugs to support the government in the fight against covid-19.

He also made it known that due to the scarcity of the drug, some African countries had already contacted the company to produce the drug for them.

However, he stated that the company was looking up to the funding as promised by government to enable the company produce more for local consumption, before it can supply the other countries with the drug.

Nana Amo Tobbin 1 cautioned that the hydroxychloroquine should only be taken under a doctor's prescription and not for counter sales.

Mr Kwadwo Asare Twerefour, MD for Entrance Pharmaceuticals and Research Centre, also thanked the FDA for ensuring the drugs went through all the needed processes in due time.

He stated that the company identified the need to locally produce hydroxychloroquine and other medicines to support the government in the fight against covid-19, adding that the company is still researching and will produce the rest of the drugs that are needed to fight the disease.

Mr Asare Twerefour also expressed hope the money promised by EXIM Bank will materialise in due time so that the company can produce more of the drugs efficient enough to supply the local and the international market. 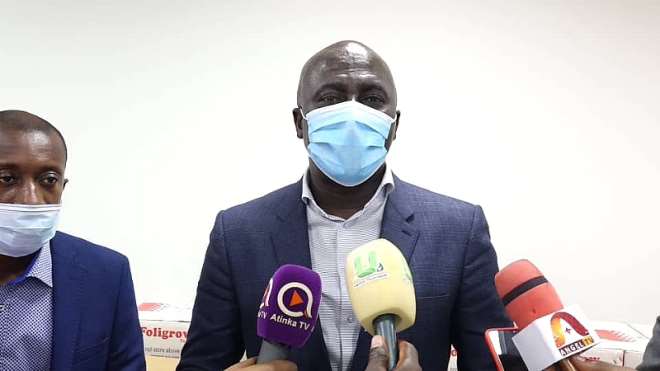 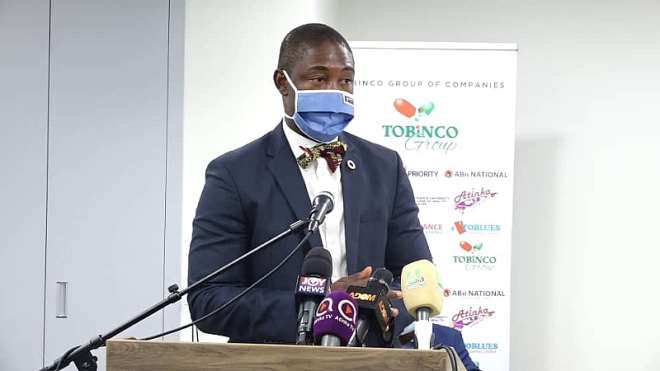