Drinkers raise a glass in Gabon's speakeasies despite coronavirus 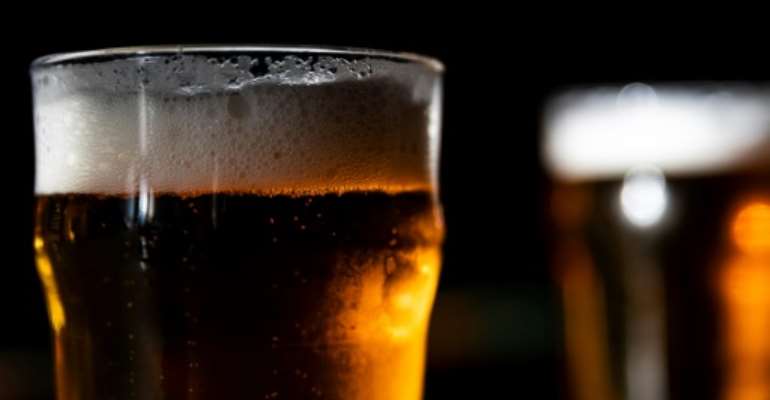 Amanda leans into the fridge, fishes out two ice-cold beers and quickly closes the door after taking a worried glance up and down the street.

"No table, just chairs," she says.

The reason for the discretion: her tiny bar is welcoming customers on the sly, defying a three-month-old anti-coronavirus lockdown in Gabon's capital.

High-end bars, restaurants and nightclubs catering for wealthy Gabonese and expats on Libreville's seafront have all dutifully been shuttered.

But in the city's poor districts, the sound of laughter and good times can still be heard as Regab, the local beer, is supped behind closed doors.

The defiance highlights the role of bars in the country, which some say are vital outlets serving many purposes beyond just booze.

"Let's go to Alba's, that's where the action is," said Oscar, 33, as he scoured the bar-restaurants, or "maquis", in one of Libreville's poorer neighbourhoods.

Alba, a 33-year-old mother, is the manager of a bar that provides her only income, and she must continue to pay the rent on it.

She stealthily kept the bar open at the start of the lockdown, and when the police passed by, lights, music and cigarettes were all lowered.

"But shutting up drunks was not easy," Alba sighed.

It thus became necessary to pay bribes to police to turn a blind eye.

But the kickbacks became such a burden that Alba finally moved her business out of the bar and into her house.

Her home, nestled among dilapidated huts, is reached through a maze of sheet-metal shacks on paths dotted by immense pools of mud.

There, her clientele arrives in groups: unemployed young people, tilers, soldiers and even a magistrate.

"Everybody's happy at my place," she said proudly.

In these "mapanes," as the poor neighbourhoods are called here, bars are a safety valve.

"There is nothing, no cinema or parks," said Etoughe-Efe, a researcher at the National Centre for Scientific and Technological Research (Cenarest).

"What else is there to do but go to the bar?"

Since the 1970s, Libreville has been experiencing rapid urbanisation. About 800,000 people -- more than half of the country's population -- live in the capital.

Many homes have been built in the hollow of the hills or in swampy basins. Life there is cramped and the air is stifling.

"Staying locked up is a nightmare," agreed Serge, a 45-year-old soldier who ordered a soft drink at Alba's. "I'm suffocating."

"Urban life in Gabon is very much influenced by village culture. We live outside and the home is just a place to sleep," said Etoughe-Efe, author of a book in French, "The Popular Bars of Libreville".

The bars are similar to spaces in villages where men gather to discuss community affairs, he said. In that way, Libreville's bars offer an important "political forum".

At Alba's, "politics is the number one issue," said one customer.

Political opposition "isn't on television or even in parliament -- you'll find it in the bars," he said.

Between rounds of drinks, 2016 is being replayed over and over again: the year in which President Ali Bongo Ondimba was re-elected in a controversial vote.

In this neighbourhood, "we dream of an alternative" for the country run for 52 years by the Bongo family, the customer said.

But "the coronavirus has managed to overtake politics," he said.

Here nobody wears a mask, which is compulsory in all public spaces, and some people think that the virus is a hoax.

Gabon has officially recorded more than 4,000 cases and 27 deaths from coronavirus.

More than a disease that attacks the lungs, COVID-19 is, for them, a condition that leaves meagre wallets even more depleted.

"Already it was not easy, but imagine now," said Gael, a young unemployed man who has been sipping his warm beer for an hour.

In Gabon, one in three inhabitants lives below the poverty line.

The country is one of the richest on the African continent thanks to its oil, but corruption is endemic, the economy is not very diversified and jobs for young people are scarce.

"It's at the bar that you network and find work," said the sociologist Etoughe-Efe.

Gael was unable to find any work that day, but he could at least count on the generosity of a more fortunate customer, who bought a round of drinks for everyone.