Where Is The $12.7million Parliament Approved For Quarantine — Ablakwa To Gov't 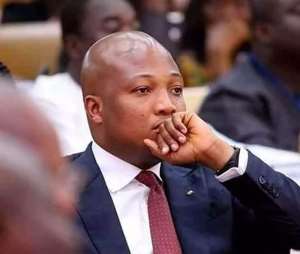 Former Deputy Minister of Education and Member of Parliament for the North Tongu Constituency, Hon Samuel Okudzeto Ablakwa has questioned the high charges Ghanaian citizens stranded outside the country would have to shoulder inorder to airlifted back to Ghana.

He explained that there was an underlining item of 12.7 million dollars for quarantine. "what has that money has been used for," he quizzes.

He suggested government provide other options instead of limiting the hotels accomodation to Kempinski Hotel and African Regent Hotel.

"During a humanitarian crisis, the government must not involve in profiteering and commercialization. It’s not good to select hotels closer to you, but rather opening up for competition will drive down the price so that the prices of hotel accommodation for such purposes will be reduced”, the former Deputy Minister added.

Hon. Ablakwa added that the National Democratic Congress (NDC) has demonstrated that it cares more about the country’s development and its citizen's health.

According to him, all former Presidents elected on the ticket of the NDC party invested heavily in the health sector.