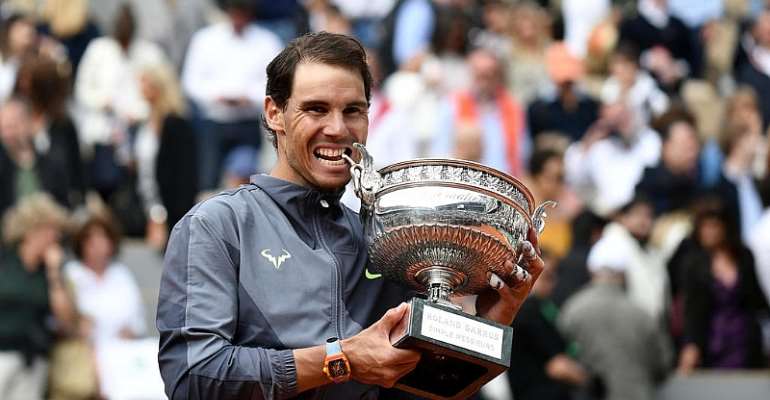 Organisers of the French Open tennis tournament on Wednesday confirmed that the postponed 2020 competition will run from 27 September until 11 October.

The second Grand Slam event of the season was originally scheduled for 24 May until 7 June on the clay courts at the Roland Garros stadium on the western fringes of Paris.

But the competition was delayed due to the coronavirus pandemic.

"In the context of what is happening around the world, we are aware of the privilege we have organising this year's event in its traditional form," said Bernard Guidicelli, the head of the French Tennis Federation (FFT).

His comments came hours after his counterparts at the US Open announced dates for their tournament in New York.

As well as a raft of coronavirus related health and safety rules for players and their entourages, there will be no spectators at the Billie Jean King Tennis Centre in Flushing Meadows.

Qualifying rounds and the mixed doubles tournament have been cancelled and the doubles draws reduced from 64 to 32.

In Paris, there will be qualifying rounds for the main draw which begins on 27 September.

"We're especially pleased to be able to have the qualifiers," added Guidicelli. "It should give some players some much needed cash during these unprecedented times."

More than 500,000 spectators passed through the Roland Garros stadium during the 2019 French Open. The 2020 tournament is expected to be played behind closed doors due to French government rules on mass gatherings.