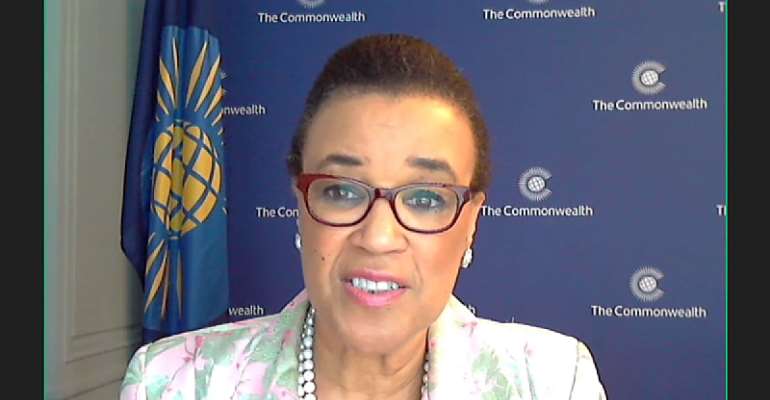 The Commonwealth Secretariat is calling on member countries to consider the impact of agriculture, forestry and land use on climate change as they update their climate targets.

A review of existing targets, known as Nationally Determined Contributions (NDCs), submitted by Commonwealth countries has shown that biodiversity, soil and water and climate resilient agriculture should be areas of focus for both climate change mitigation and adaptation.

As it stands, countries are missing substantial opportunities to reduce greenhouse gas emissions and reduce climate vulnerability in cost-effective ways by not maximising the potential of sustainable land management practices.

“There is still time to avert the climate emergency, but that window is closing fast. To keep the global temperature increase to below 2°C, countries must take bold action to halve emissions by 2030 and reach net-zero by 2050.

“On World Day to Combat Desertification and Drought, we are reminded of the importance of judiciously managing our land resources to reduce emissions and increase resilience. Land based climate change adaptation and mitigation strategies are essential to help countries achieve their targets.”

The Commonwealth Secretariat, through the Commonwealth Climate Finance Access Hub , is working with the NDC Partnership to design climate finance strategies and support member countries to revise and implement their NDCs.

Commonwealth countries have long been champions for climate action, having first formally raised concerns that the most pressing issue facing the world was rising greenhouse gas emissions in the Langkawi Declaration in 1989.

The Commonwealth is a voluntary association of 54 independent and sovereign countries. It spans the globe, including both advanced economies and developing countries, in Africa, Asia, the Caribbean and Americas, Europe and the Pacific. Its combined population is 2.4 billion, of which more than 60 per cent is aged under 30.