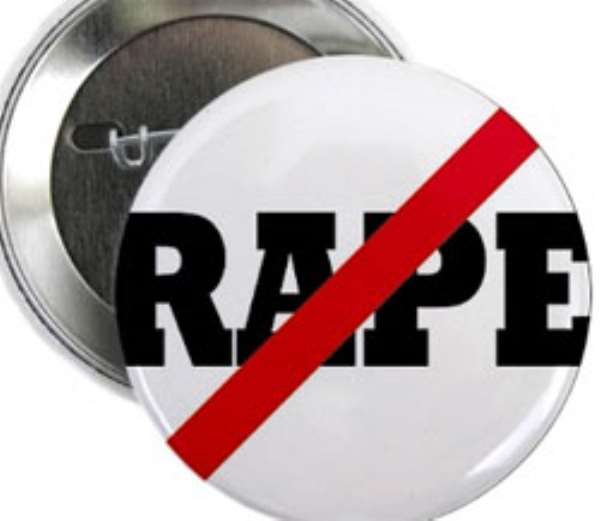 The West Africa Network for Peacebuilding, Nigeria (WANEP-Nigeria), and its member organisations have expressed concern over the increasing sexual assault and rape of women and girls in the country.

This was contained in a statement on Wednesday by the National Coordinator, WANEP-Nigeria, Ms. Bridget Osakwe, entitled: 'Urgent Call to End Gender Bases Violence and Protect the Rights of Women and Girls in Nigeria".

According to Osakwe, the recent cases of rape and sexual harassment of women and girls are an expression of the deeper systemic disregard for women as widely reported by the media resulting in the death of the victims have sparked outrage across the country.

To this end, WANEP has amongst other recommendations called on the "state and Non- State actors to implement transformative strategies that are people oriented and focused at addressing the root causes of gender-based violence, improve security with attention on women and girls and enacting laws for strong national response that support victims and survivors of violence".

Osakwe said the steep increase in gender-based violence became noticeable with the outbreak of COVID-19 and the “Stay-at-Home” directive imposed by the Federal Government as part of the measures to curb the spread of the disease. She noted that most women and girls at this time were confined at home with their abusers with little or no information on what to do and how to access social services.

Part of the statement read: "To ameliorate the situation, WANEP- Nigeria created an online survey to document incidences of Sexual and Gender Based Violence for referral and intervention. Also, the radio program tagged “Women Voices for Peace” that aims to discuss issues of women, peace and security in the society, focused on COVID-19 pandemic from a gender perspective and its impact on gender-based violence in Nigeria. Emerging data gathered revealed a high number of child abuse, rape, sexual harassment and human rights violations.

"Gender Based Violence is a global pandemic that affects 1 in 3 women in their lifetime. The issue is not only devastating for survivors and their families but also entails significant and social economic costs. The increasing prevalence of violence against women and girls in the Nigerian society is a deliberate attack, ingrained discrimination and injustice which highlights a form of structural violence. This form of violence rooted in centuries of male domination, misogyny and inequality has led to early deaths, social stigmatization and limited life choices for many women and girls. The perpetrators of these violent human rights violations against women and girls must not go unpunished as they can be found in every sector of the society including amongst security agencies."

"WANEP–Nigeria reiterates that women and girls vulnerability during conflict and at peacetimes and the consequences of violence they suffer is unjustifiable. Acts of violence against women and girls contravenes the provisions of the United Nations Security Council Resolutions 1325 and 1820, the Sustainable Development Goal 5 – which calls for gender equality and empowerment of women and girls, the Protocol on the Rights of Women in Africa: an instrument for advancing reproductive and sexual rights; the Violence Against Persons (VAPP) Act (2015) and the Child Rights Act (2003). While we call for a Federal Government Legislation mandating a zero-tolerance approach in penalizing and prosecuting perpetuators of gender based violence we enjoin all Nigerians to take responsibility and work actively to build a society based on justice, non-violent transformation of conflict, respect for women human rights and human dignity for all."

Against this backdrop, WANEP further urged: the security agencies including the Police, the Nigeria Civil Defence Corps and other security agencies to coordinate activities towards providing an integrated security framework that ensure swift response to incidences of violence against women and girls and prosecution of perpetuators.

While we commending the 25 State governments that have passed the Child Rights Law, the non-profit organisation also called on the 11 State Governments that are yet to domesticate the Federal Child’s Rights Acts including, Adamawa, Bauchi, Borno, Gombe, Kano, Katsina, Kebbi, Sokoto, Yobe, Jigawa and Zamfara States to do so immediately to protect the rights of children particularly girls.

The organisation recommended that state actors should partner with women focused civil society organisations in strategizing on the domestication of the Violence Against Persons (Prohibition) Acts (VAPP), 2015 within states to protect the rights of women and girls against the different forms of violence.

The WANEP-Nigeria Coordinator, also asked non-state actors to intensify awareness reation on harmful effect of violence on women and girls, engage boys and men to become advocates and agents of change in the society.

"Local ownership of the Sexual Offenders Register (SOR) to allow for persons identified within communities as perpetuators to be named, shamed, prosecuted and convicted for sexual violence. This will check mate the menace and uphold the rights of women and girls in the society. Partnerships and collaborations between government and civil society organisations will sustain response strategies," she added.

The organisation also applauded "the goodwill and intervention of Federal Government in the fight against gender-based violence with the directive to inaugurate the inter- ministerial Gender – Based Violence Management Committee.

Also, we salute the Federal Ministry of Women Affairs, the National Human Rights Commission (NHRC), the National Agency for the Prohibition of Trafficking in Persons (NAPTIP) support of the Nigeria Governors Forum in the Declaration of a State of Emergency on SGBV in states across the country.

The 36 state governors strongly condemn all forms of violence against women and children and have resolved to ensure that offenders face the maximum weight of the law. The security agencies and the civil society organizations are relentless in their efforts to tackle issues of gender-based violence, therefore, deserve the needed support from the people."

High Court shoot down Agordzo's application to travel
35 minutes ago

ASEPA to file RTI request for minutes of Justice Dotse-AG 'S...
35 minutes ago