Wee In The Waist Bag Of The ‘Prophet’ Of Jehovah 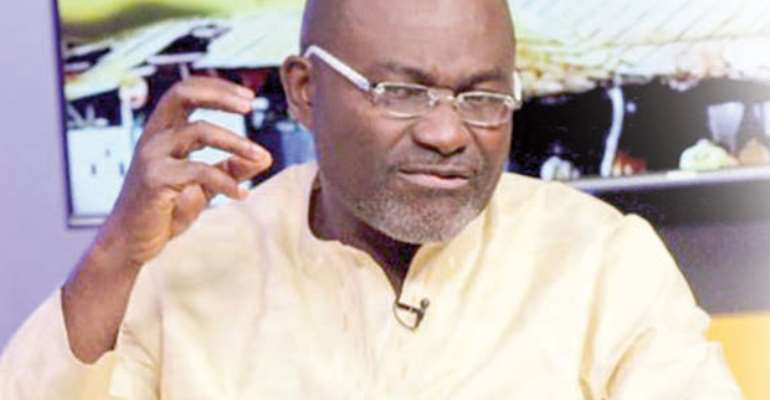 After writing five articles over the years about false prophets and charlatans, I made up my mind not to write about them again because it seemed then that I was the lone voice shouting in the wilderness. When I started listening to the crusade mounted by Hon. Kennedy Agyapong to expose these false prophets and pastors, I literally jettisoned my earlier decision and picked up my trenchant pen to start the fight again. For now, I am no more the lone voice since Kennedy has locked horns with these criminals in cassocks.

When a crazy man who called himself Jesus Christ of Dzorwulu in Accra started his church in that suburb of Accra, Ghanaians as usual adopted their 'mind your own business' attitude. As we were going about our duties, Jesus Christ of Dzorwulu was gradually poisoning the minds of his followers. As things went from bad to worse, he commanded his followers, particularly women who were in the majority in his church, to wake up early in the morning every day and line up in his house so that they could get the opportunity to drink his urine, which according to him, was a panacea to almost all diseases.

And so every day, women woke up with cups in hands to collect the urine of Jesus Christ of Dzorwulu. Those who could not get some of the urine went home highly disappointed and hoping to get some the following day. When members of his church realised the truth and wised up, they planned to show this particular fake prophet a lesson. One day as he reported to church as usual to preach his demonic sermon, the church members rushed on him in an attempt to lynch him. Sensing danger, Jesus Christ of Dzorwulu jumped through the window, leaving behind his Bible, a pair of sandals and his cross. He has since not been heard again

As we were trudging on to make ends meet, another prophet popped up at Mantukwa in the then Brong-Ahafo Region. This one gathered some men, women and children and travelled with them all the way from the Volta Region and settled in a thick forest near Mantukwa. He established his church there and in no time some of the residence of Mantukwa joined his church. He also called himself Jesus Christ of Mantukwa and his wife was called Mary Jesus (just imagine!). Children were not allowed to go to school and women were made to work like slaves. Girls in the church were distributed to men in the church and girls who refused to marry such men were subjected to severe punishment and sometimes made to fast for the whole day.

As he was playing the fool in the forest of Mantukwa, the Odikro and the people of Mantukwa did not know what was happening so they went about their farming activities while terrible things were happening at the wrong side of their eyes. It was Anas Aremeyaw, the ace investigative journalist, who unearthed the bad things that Jesus Christ of Matukwa and Mary Jesus were doing in that forest. The police moved in to rescue the poor men, women and children, but Jesus Christ of Mantukwa and Mary Jesus managed to run into the forest to be seen no more. By the time they were rescued, many girls who were forced to marry were pregnant.

Pastor 'Apraku My Daughter' rode roughshod in this land of our birth. He fooled his followers and became rich overnight. His gullible followers dashed cash to him all in the name of going to heaven by following the satanic teaching of 'Apraku My Daughter'. The illegal wealth he amassed made him swollen headed and he took to excessive drinking of alcohol. His wife and children abandoned him and he eventually became broke and useless. He became a disgrace to his church members who refused to touch him with a long stick. One day when 'Apraku My Daughter' woke up early in the morning to ‒ as usual ‒ drink his 'akpeteshie', he was caught on video, visibly drunk and hopeless and the whole thing went viral. He went home and fell down and died on the spot.

And this man who calls himself Osofo Kyiriabosom is also making a mess of Christianity. He goes about misleading his followers and nobody seems to be able to stop him. After all, we have freedom of worship enshrined in our Constitution. The 'man of God' who should have concentrated in the preaching of the gospel to save mankind has now founded a political party in his attempt to become the president of Ghana (apuu!). As the whole world is reeling under COVID-19 and scientists and medical doctors of the utmost fame are working tirelessly to find a vaccine, this false prophet recently told Ghanaians that he has cure for the coronavirus. What a fool!

I have taken you through the activities of these crazy and sick brains who call themselves 'men of God' because I want you to be very careful in dealing with such charlatans. They keep coming with the same aim of duping people. 'Prophet' Kwabena Adjei Owusu is one of such criminals who call themselves 'men of God'. Recently when this 'prophet' became high on drugs, he took on Nana Akufo-Addo and the people of Akyem unduly. Words that he used to insult the president and Madam Jean Mensa cannot be repeated here because doing so will not make me a complete gentleman.

I am very much interested in the marijuana that was seized from his waist bag when he was arrested by the National Security operatives. If a whole 'prophet' of Jehovah could get involved in narcotic drugs, then God save our country! I wonder what his followers will be doing now that their 'prophet' has been exposed as a 'wee' smoker. Ah! Maybe they also 'get high' on tramadol or 'wee' as they follow their 'wee' smoking 'prophet'. And did I hear that the 'wee' was planted in his waist bag by the National Security operatives? We all saw the video and the man never protested that the 'wee' does not belong to him. And why is the NDC so seriously defending the 'wee' smoker? You contract a criminal to go out there to destroy your political opponent ‒ and when the cat is out of the bag, you are crying wolf. For now, the 'wee' smoking 'prophet' who was assigned by JM and his desperate NDC to go haywire is behind bars while JM and his people are living luxuriously. It serves him right! I must admit that there are good men of God around. Sadly, we have too many charlatans out there milking the lean cow dry. Time is up for us to root them out before they start causing harm to unsuspecting worshippers. The battle line is now drawn. Those who don't have crash helmets should go for one!

No government has mortgaged the future of the youth than NPP...
25 minutes ago