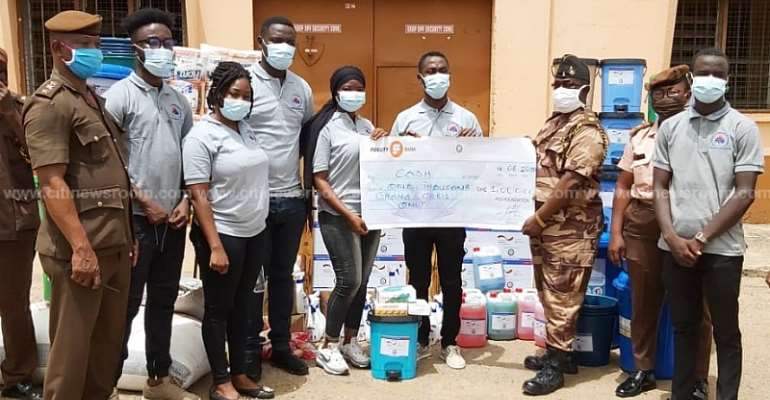 Authorities at the Navrongo Prisons in the Upper East Region, say strict compliance of COVID-19 protocols by inmates become challenging due to shortage of Personal Protective Equipment coupled with congestion in the prison.

The Navrongo prison was built in 1925 by the Swiss to house 80 inmates for only Second and First-degree felony offenders but now houses 210 inmates sentenced for various offences. 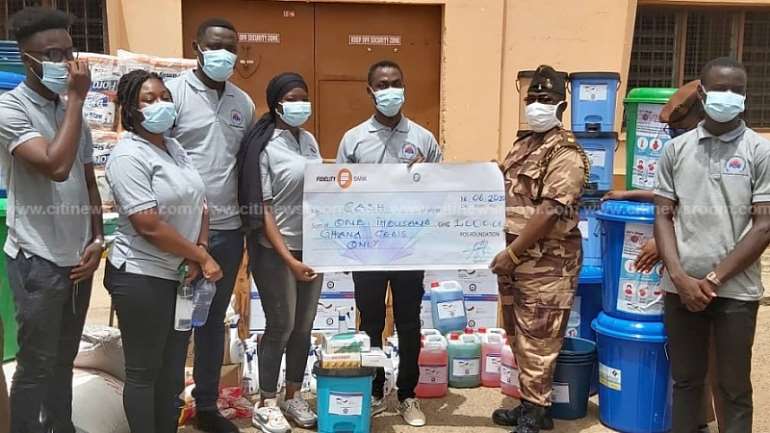 In the wake of COVID-19, government has suspended all visits to the prisons and made the wearing of nose mask mandatory as a measure to prevent the spread of the disease.

Speaking to Citi News during a donation of PPE by the Perfector of Sentiments (POS) Foundation to fight against COVID-19 in the prison, Deputy Commander of the Navrongo Prisons, Chief Superintendent Francis Yaw Adzaglo, said compliance and adherence to the wearing of nose masks and social distancing in the prison, is threatened by inadequate PPE.

“There is congestion in the prison and if it is congested, how can they ensure social distancing? So it is very challenging. They cannot ensure social distancing because there is congestion. As for the personal protective equipment, those things that they are bringing is not enough. So the few ones that they brought we try to make good use of them, but that is not adequate at all. About 210 prisoners with few PPE, how can they manage it? We are at our weak point and that is our challenge.”

Chief Sup. Adzaglo also appealed to government to decongest the prison and increase the feeding fee which stands at GHS1.80 for inmates to boost their immune system against COVID-19. 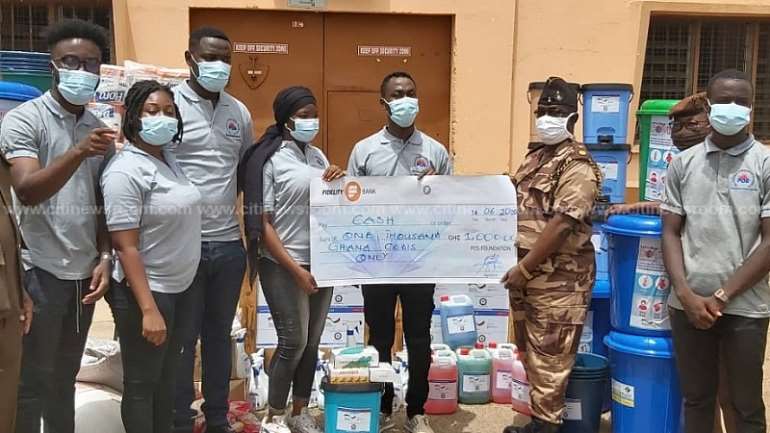 Executive Director of the POS Foundation, a Human Rights NGO and facilitators of the Justice for All Programme, Jonathan Osei Owusu, who presented various PPE to the prison, asked government to decongest the prison by granting amnesty to petty offenders and Non-violent drug users.

“We are calling on government to grant pardon under Article 72 by reviewing the amnesty criteria to include convicted Non-violent drug users serving below 10 years and petty offenders to decongest the prisons during this COVID-19 period.”

“We are willing to support the state for non-violent convicted drug users who may need treatment and rehabilitation within the pardon process as they pose no major threat to society”.

Mr. Owusu wants the government to fast track the passage of the Community Service Bill to prevent the spread of COVID-19 in the prisons.

“We also appeal to government to speed up the passage of the community service bill and activate the legislative and constitutional instrument for probation and parole respectively to decongest Ghana's prisons by giving offenders a second chance to reform hence serving as alternatives to incarceration.”