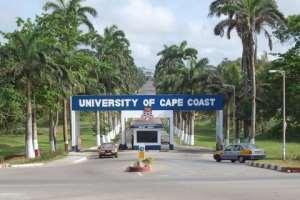 As I finished with my course of Study and wrote my final Exams set by the West African Examination Council (WAEC), I couldn't wait but imagine how it will be to further my education in one of these fascinating Tertiary Institutions in Ghana, Most especially the University.

The Ghanaian University is a determinant for success in Ghana, if one doesn't step foot in the University and comes out with a high class, he or she is defined in the conscience as a failure, with this as a reason, most pre-tertiary graduates were brainwashed to undermine the prowess of Polytechnics now Technical Universities and Private Institutions defined as institutions that favor school dropouts.

Buying a university form to apply for a program of study has become more tedious and laborious than securing school fees itself, the economy isn't favorable and most students at home are home not because they failed but are scared away by the cost of a tertiary form alone if a form could be as expensive as 200 cedis almost 40% of the school fees itself one can imagine the rate of the fees itself, our elders have a saying that you don't test the depth of a river with both feet but I will rephrase it as 'to test the depth of a river a long stick should be used in place of a leg that can get dismantled by a crocodile'.

The cost of University forms have chased several away from the university making it appear expensive. Most schools including the University of Cape Coast receive not less than 10,000 applications to pursue undergraduate programs, let's multiply the cost of a single form which is purged at Ghc220, this sums up to Ghc2,200,000 for sales of forms per year which is for undergraduate forms alone. A mature form is sold at Ghc300 and at least 4000 graduates apply as mature, let's multiply the amount by the number, this is equal to Ghc1,200,000 finally let's check on post graduate forms which is at least 1500 students and sold at a cost of Ghc320 totalling Ghc 480,000, finally let's sum the total up and see the amount a university like UCC makes from the sales of forms alone as a mode of extorting the poor Ghanaian willing to pursue a higher education.

Sum total of All Amounts to

Totalling: Ghc3,880,000 as amount for forms sold alone not including School fees to be paid and students to be rejected after forms are bought in a year.

This and more is what is happening in several other Tertiary Institutions within Ghana.

Several Tertiary Institutions in Ghana recently rejected the call for one university form to be used in Applying for programs in three other universities by heads of various institutions.

The University of Education Winneba in 2019/2020 Academic year sold 25,300 forms to both Undergraduates, Post graduates, Sandwich and Distance Students willing to pursue various courses in the Institution.

These figures displayed are major reasons why we see nothing happening in Ghana yet we suffer in Silence, Most of these Schools Carryout no social responsibilities like MTN Ghana Mechanizing boreholes in society and the likes, yet take a huge chunk of money from the public in the name of University forms and not school fees annually, mind you the highest cost you can encure to develop a website is 299 dollars equivalent to Ghc 1794, you can contact wordpress.com for the facts don't let anyone deceive you in that context,

I'm a computer Science graduate, at least we can now understand why some of these self-centered individuals are against the Public University Bill proposed by the Minister for Education. Part of these Monies are shared amongst staff in the Institution as motivations, What is good for the Goose is Good For the Gander, We shall Not Perish but have Everlasting Life, for The Wages of Sin is Death and the Gift of God is Eternal Life. God Bless Those in the Institution yet against this evil practice of Extortion, you shall not perish for not endorsing Evil against the Masses.

Opinion
Powered By Modern Ghana
Exposing The Non-Performing And Failed Suaman’s Npp Dce Lies On Wontumi TV
The Dokua Factor In Women Politics
A View from Accra City Hall: The “okada” phenomenon: to legalise or not to legalise?
Nigeria At 60: A Glance Into The Possibility Of De-Amalgamation
Ghana Is Lost
ECOWAS Is Losing Its Credibility
“Leadership” A Precursor Of Employees Motivation And Job Performance
The Alternative
The Bane Of The Zongo/ Muslim Communities - The Creation Of Some Zongolese/ Muslims
COVID-19 Updates Live Dashboard
TOP STORIES

The Sad Death Of UG Student Who Was Stabbed To Death By 'Str...
2 hours ago