Distributed Dialogues John Mahama Must Have In The Savannah Region: An Open Letter 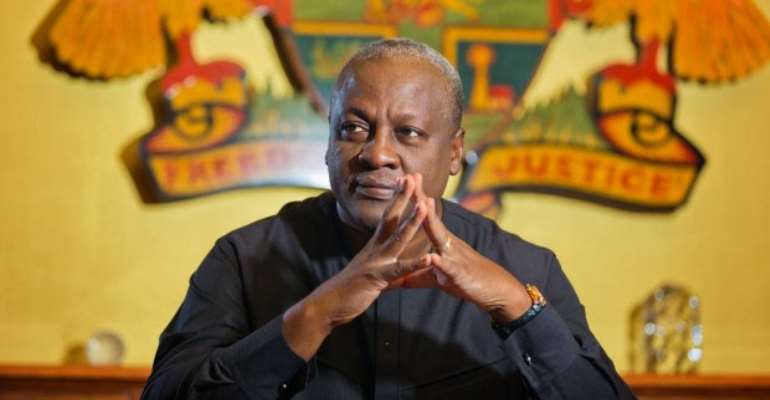 I have heard that you will be doing a tour of the Savannah Region sometime this week or next week. I, therefore, thought that I will get this one in before you go…hopefully, it catches your eyes before you get there.

They are conversations held under the Neem and Mango trees of Bole through Damongo to Kpembe;

They are conversations the young men and women selling their wares at “Junction” and “Kejetia” in Bole would want answers to;

They are conversations that cut deep into the heart of your stewardship as Bole’s MP and then as that illustrious Kijakpanana who was blessed by the gods of Mankuma and Sonyo to rise to the highest office of Ghana;

They are conversations used by your political opponents in the Savannah Region to mute the voices of stick-in-the-mud supporters of the NDC in the region;

They are conversations your ‘omni’ ears have heard, and ones your handlers would advise you proactively engage in with the youth in this area;

They are conversations your successor is conversant with and will regurgitate anytime he goes to the Savannah Region.

Without a doubt, this is one of many such lines that will be dropped anytime the President is in our part of Ghana. And many would argue that he effectively earned that right when he delivered one of the visions of Gonjaland: the creation of the Savannah Region. And I agree with those who argue that the mere “balkanization” of a region would not morph into development - much more needs to be done to give the region some semblance of development.

But you would also agree, Your Excellency, that when the clarion call for what is today called the “Savannah Region” was being made, Yagbon was not unaware of the vicissitudes and permutations of these counterarguments. And yet, with the tenacity of purpose, Yagbonwura after Yagbonwura pursued this vision until it was delivered by the “brother from Kyebi”. It explains why that “brother from Kyebi” boisterously guffaws with Yagbon and walks with unbridled authority and swagger on Yagbon.

While it may be easy for you to not discuss why you couldn’t deliver this singular vision, many think that it will do your campaign a lot of good if you openly and proactively talk about it and to do so convincingly. I use ‘convincingly’ because there is always the temptation to explain away your inability to deliver that vision because of the limitations of time on your part – you effectively had three years. Most people understand that. But that argument has been rendered rather weak because of the speed and alacrity with which the additional regions were created by your successor.

Consequently, you will have to do a lot of ‘convincing’ to get some of the youth on board on this one.

In Bole, in particular, there is this niggling (almost gnawing) behind-the-scenes conversation about the Bole Market. Your political opponents argue that from your time as an MP for Bole, through to you becoming President, if there is a single project you could have left as a lasting legacy, it would have been the regeneration of the Bole market.

They argue that what is good for “Kotokraba” and “Kejetia” is equally good for Bole. But they also add that the “regeneration” wouldn’t necessarily have had to assume the character and grandeur of “Kejetia” – a little “facelift” to protect the market women from the vagaries of the Savannah weather would have been sufficient for the town. For many, that couldn’t be too much to ask for from a man who represented them in parliament for 12 years!!!

Interestingly, the people who hold this view are not our typical profanum vulgus whom we might like to think are ill-informed about the workings of government. Most of the ones I have spoken to about this subject are very well informed about the workings of government. But while acknowledging the complexities surrounding political decision-making, they note that in a political context like ours that is steep in clientelism, and the whims and caprices of politicians, if your heart was truly in it, you could have “regenerated” that market without having to provide any robust justifications.

A critically ill patient’s survival probability was contingent on the time of day they got ill. If one fell ill after the only tottering minibus that used to run between Bole and Tamale (through Damongo) had left at 4 am on that day, they had to wait till 4 am the next day to be carted to the hospital. Even then, their chances of survival depended on divine providence; the road between Damongo and Bole was (then) perilously bad that a patient’s condition was certain to be aggravated by the bumping and bouncing, and the jerking and jouncing on the journey to Damongo.

Bole District Hospital, therefore, came as a welcome relief for the people of Bole and its neighbouring villages. I am told that since its grand opening by ex-president Rawlings, the hospital has not seen a “lick of paint” let alone any significant refurbishments. Consequently, the hospital is now a silhouette of its past with broken doors and frayed mosquito nets on its windows.

Again, your critics in Bole question why (given your arguably unparalleled record in the delivery of [health] infrastructure in Ghana) nothing was done during your time to improve the state the hospital.

And then there are discussions around the three main, and oldest secondary schools in the Region: BOSEC, DASS AND SASS. Focusing on BOSEC, compared to what it was in 1995 when you visited to launch your political career, I must admit it has seen some improvements.

But many argue that as the “premier” secondary school in the District, it could have done with a little bit more: a bigger dining hall, some dormitories, a library that meets the space requirements of the burgeoning student numbers, and a science lab that speaks to the needs and exigencies of today. When I visited in 2016, I saw that not only were the dormitories unfit for human habitation, the dining hall was falling also apart – literally.

I also visited the “Geography Block” wherein 1996, I “hosted” you and Alhaji Mejida (of blessed memory) to launch your political career. Again, I found that the entire block was literally falling apart with deep crevasses on the floors that appeared to be yelling “FIX US PLEASE!!!”. The behind-the-scenes discussions have it that the least you could have done was to “throw” one of those “E- Blocks” out there to help accommodate the increased student numbers.

And finally, when the then opposition party was cacophonously telling the world that you were presiding over a “family and friends’ government”, people like us were flabbergasted.

I was flabbergasted because I knew that apart from Mrs. Joyce Bawah, there was no one in your ministerial team that was a family member. If we pin it down to Gonjas in general, there were only two people in your team: Alhaji Limuna and (later) John Jinapor. These, from what I know, were not “family” members in the true sense of the word. And yet, so sticky was the tag of “family and friends’ government” on you that it stuck almost instantaneously.

While the allegations of nepotism in your government were raging on, some Gonjas wished that you had indeed indulged in it by appointing Gonjas who had the academic credentials and gravitas to man some of the offices in your government. Not long ago, Mr. Akufo-Addo is reported to have said, in an apparent reaction to allegations of nepotism in his government that he “didn't hear family & friends ‘noise’ when Ofori Atta was raising 2016 campaign funds” (see Ghanaweb – 16th December 2019).

Some Gonjalanders feel that while that posturing is arguably, not the best, your over-cautiousness while in office meant that the people closest to the banks of “river John Mahama” went home washing their hands with spittle. This last point, you will find, is one that resonates in broader discourses about your leadership in general: the feeling that you are were cautious to your detriment.

Your Excellency, as “Agenda 2020” gathers dust from Kumasi to Kalba, permit me to quote the words of one of the greatest political philosophers of all time (Niccolo Machiavelli): “All courses of action are risky, so prudence is not in avoiding danger (it's impossible) but calculating risk and acting decisively. Make mistakes of ambition and not mistakes of sloth. Develop the strength to do bold things, not the strength to suffer”. Machiavelli also reminds us that “The lion cannot protect himself from traps, and the fox cannot defend himself from wolves. One must, therefore, be a fox to recognize traps, and a lion to frighten wolves”. Have a safe trip, Sir!

Latest Photo Reports
Catch up with all the political quotes from our politicians.
Advertise here
More Letter
ModernGhana Links
Open Letter to Mr. Bagbin, the Speaker of the Parliament of the Republic of Ghana
Letter To The National Peace Council Through All Ghanaians
Open Letter Speaker Of Parliament Of Ghana over the authority of the Ashanti Regional Minister for the Deployment of Military to Ejura
An open Letter to Mr. Kofi Adams
Open Letter To The Mce Nominee For West Gonja -Hon. Karim Musah Kusubari...
An open letter to the President Akufo-Addo: Social justice and the development dilemma in Ghana: Why ends are not meeting
Open letter to Hon. Henry Quartey
An Open Letter To The National Chief Imam
A letter to the National Chief Imam, H.E Sheikh Nuhu Sharabutu
TOP STORIES