The Minister Of Health's COVID-19 Status, Confidential Or Not? 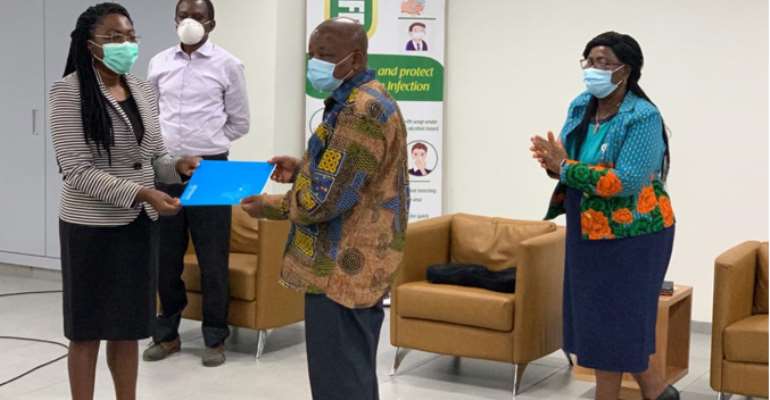 THE Member of Parliament for Dorma Central who doubles as the Minister of Health, Kwaku Agyeman Manu after testing positive for the novel coronavirus is receiving treatment at the University of Ghana Medical Center.

According to sources, the minister on knowing his status decoded to keep it confidential and his wife also denied the allegation. In a telephone interview with Despite Media's Afia Pokua on Saturday, June 13, the minister denied having COVID-19 saying he only needed his usual diabetic medication and some rest.

On Sunday, June 14, the president of Ghana, H.E Nana Addo Danquah Akuffo Addo in his eleventh address to the nation stated among other things that he wished the minister a speedy recovery. "Let us wish our hardworking minister for health, Kwaku Agyeman Manu a speedy recovery from the virus which he contracted in the line of duty", he stated. This revelation by the president confirmed the speculations and suspicions of many.

The question then arose; was it right for the minister to hide his status? Must it be confidential or do we need to know?

*WAS IT RIGHT FOR THE MINISTER TO HIDE HIS STATUS?*

On one hand, one may side with the health minister for keeping his status confidential. This is because the stigma attached to people who have tested positive for the COVID-19 or even those who have *recovered* from it makes it almost impossible for one to freely disclose his status without fear of being stigmatised.

According to reports in the country, family members of those who test positive for the virus are facing problems of stigma in their community even though they have not tested positive for it. This may be the reason why the minister decided to keep his status secret.

On the other hand, one may say that his silence would have exposed him to a lot of people he might have infected with the virus without their knowledge.

MUST IT BE CONFIDENTIAL OR DO WE NEED TO KNOW?

All around the world, reports of famous people such as nation leaders, celebrities, and high-rank officials have tested positive for the virus and they made their status known either through broadcast media or social media. Examples are; Prime Minister of Britain, Boris Johnson, Hollywood stars Tom Hanks, Rita Wilson, and Idris Elba and the Ghana High Commissioner to the United Kingdom, H.E Papa Owusu Ankomah among others, most of whom have recovered fully.

Most of these famous people made their status known to the public because they wanted to carry a message across to everyone that there is life after COVID-19. It can affect anyone regardless of their wealth or status in society. This will make people know that the virus is real so they must adhere to the safety measures.

Considering that most people in Ghana are still in denial of the existence of the virus, Hon. Agyeman Manu's disclosure of his status would have helped most Ghanaians take the coronavirus seriously and know that it is no respecter of man.

This will make them prioritise the safety measures outlined by the Ministry of Health, the Ghana Health Service, and the World Health Organization at large.

In the course of him fully recovering also, it could serve as a source of encouragement for those who have the virus that they could also recover. That will reduce fear and panic among many.

So was the public supposed to know of the health minister, Hon. Kwaku Agyeman Manu's status?

Opinion
Powered By Modern Ghana
Importance Of Upper West Youth Groups And Their Odiousness In Society
Do We Still Have Landlords Like This?
Elections 2020 In Ghana: The New Media Technologies Are A Way To Go
The Journey To Greatness; Lessons From The Ghana Card Registration Experience
The Kayayee Conundrum; A Situation That Requires Urgent Fixing
The Role Of Mindset In Economic Development: Fixed And Growth Mindset:  Part 2
I Wish My Kids To Enjoy My Sweats But Not Pay For My Shame
I Welcome Mahama's Promise To Establish Morgues For Muslim Communities
Reflections Of Farmers Day For Farming Countries
COVID-19 Updates Live Dashboard
TOP STORIES