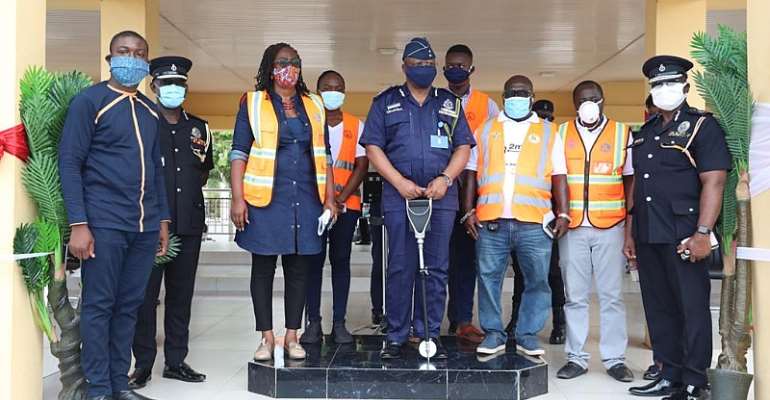 Police in the Asante-Akim North District has cautioned persons in the New Patriotic Party (NPP) to refrain from any act of violence during the Party’s upcoming primaries in the constituency on June 20.

The District Commander, DSP Jerry James Ameka who was speaking on Salt 95.9 FM with Prof Sam said the police will deploy enough men to ensure that no violence erupts from the elections on Saturday.

He has therefore assured all delegates to remain calm ahead of the elections and trust the police to do their job in maintaining law and order in the upcoming primaries.

“If the NPP as a party does not call off the elections in this constituency, then I want to assure all delegates that they will be protected by not just the District police but other forces deployed from elsewhere” – he said on Anopa Bosuo

His comments come on the back of a press conference by some aggrieved NPP delegates who have expressed anger over the removal of their names from the constituency’s delegates album. The group who gave the Constituency executives an ultimatum to restore their names before Saturday said if that is not done, ‘blood will spill’ during the elections.

The Commander assured residents in the District that the police will continue to ensure strict adherence to all safety protocols outlined by health officials and the President.

According to him, per directives from the President, drinking bars and pubs are to remain closed. He has therefore warned owners of such facilities who have opened their businesses to desist from the act because the Police will arrest them and ensure they face the full rigours of the law.

DSP Jerry James Ameka added that following the President’s directive that the wearing of nose masks have become mandatory, the district police will begin to arrest persons who flout this law.

He concluded by saying that the Agogo Traditional council despite the president easing restrictions for burials to take place, has maintained that no one-week commemoration or funeral rights must be organised in this period.