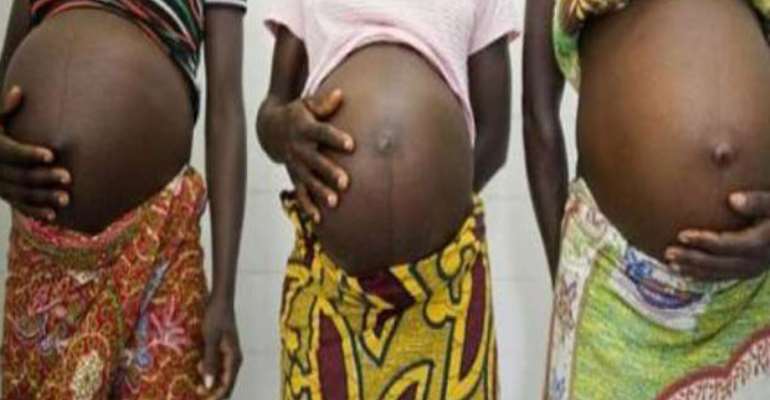 The Central Region has recorded 3,198 teenage pregnancies from January to May, this year.

According to the Ghana Health Service (GHS), drivers, farmers and teachers continue to be the group of men who have been impregnating the teens.

Madam Lydia Acquah, a Nutrition Officer at the Ekumfi District Health Directorate who revealed this, described the situation as 'very pathetic' and called for pragmatic measures to be put in place to tackle it.

She was addressing some youth groups at Ekumfi during a one-day step down engagement between youth groups and policymakers on policy development and implementation on youth participation in decision-making at Ekumfi.

The event was organized by the National Youth Authority (NYA), in collaboration with the Regional Coordinating Council (RCC), with funding from the United Nations Population Fund (UNFPA).

Speaking on adolescent sexual reproductive health and its related issues, Madam Acquah revealed that the spread of Sexually Transmitted Infections (STIs) was common among adolescents.

She said accessing health services was a problem for teenage expectant mothers and adolescents with STIs due to the stigma attached to them.

She said the GHS established adolescent friendly clinics to specifically educate and respond to the reproductive health needs of the adolescent and to ensure they received adequate access to health services.

But, surprisingly, she bemoaned that the adolescents were not patronizing them, adding that this could partly be the reason for the high teenage pregnancies in the region.

Besides, she indicated that sexual exploitation by some unscrupulous men, irresponsible parenting, misconceptions about family planning and lack of sex education and family planning had compounded the problem.

In the Ajumako Eyan Esiam District, where more than 237 teenage pregnancies had been recorded, Mrs. Esther Amankwah, acting District Health Director, underscored the need to assist and guide adolescents as they transitioned into adulthood.

She said adolescents were faced with several reproductive health challenges and that their inability to make the right choices could adversely destroy their future.

Mrs. Amankwah cautioned the youth against drug abuse and said such risky behaviours could have lifelong consequences on their health, education and social lives.

ASP Doris Amewude, Deputy Central Regional DOVVSU Coordinator, spoke about the role of the youth and other stakeholders in ending Sexual and Gender-Based Violence (SGBV) and stressed that rape and defilement cases must not be settled at home.

She admonished the youth, especially the males, to be mindful of the consequences of their actions and inaction and endeavour to control their sexual drive in order not to come into conflict with the law.

ASP Awewude encouraged the youth to help create awareness, be ambassadors and preach against SGBV in their respective communities.