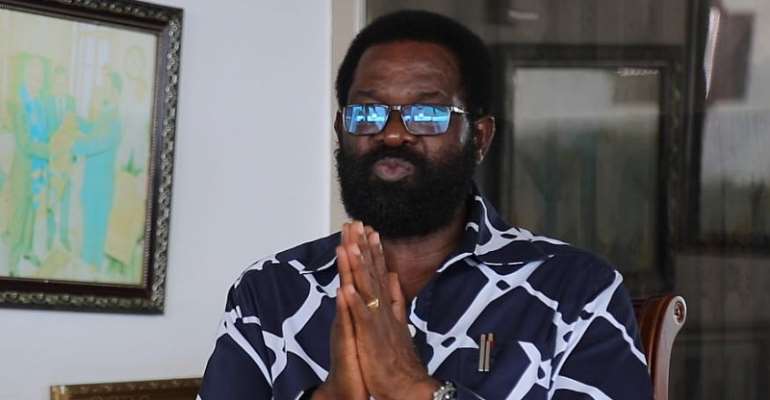 Former Mayor of Accra, Dr Alfred Okoe Vanderpuije believes his greatest achievement while serving as the Chief Executive of the Accra Metropolitan Assembly (AMA) was the abolishment of the shift educational system that was being practised in the area.

Mr Vanderpuije who was appointed by late President John Atta Mills in 2009 completed his second term in 2017 under former President John Dramani Mahama.

The former Mayor was very instrumental in eradicating the shift system of education in Accra.

The shift system of education is a system where two entirely different groups of students are catered for by the same school.

Under this system, the first group comes to school in the morning and closes by midday making way for the other group to also utilize the same space for teaching and learning.

The system was used in order to grant all students access to education considering the lack of educational infrastructure to meet the student population.

In a bid to stop the morning and afternoon shift system in the capital city, Accra, the Accra Metropolitan Assembly in 2013 commenced the construction of school projects dubbed “Millennium City School Project.”

A number of schools within the metropolis benefitted from such projects funded by USAID.

When asked by Bernard Avle on Citi TV’s Point of View on what he considers his greatest achievement as mayor of Accra, Mr Vanderpuije said the following:

“Going into the mayorship, my focus so much was on education because I was a trained teacher; I taught schools, I went to the US, I did a masters and continued to advance studies and I worked as a principal in the US. I had a lot of exposure and a privilege and an honour to see how we could run modern schools. I came from that to be mayor of Accra. So when I came back to Accra and I saw the shift system in Accra where we were giving only three to four hours of education to our children and also thinking of the fact of where I had come from with all the improvements in education and all these children regardless of their socio-economic background were all growing up into the same world with the same opportunities.”

“I said no I cannot sit down when I have worked under Presidents in the US and I have heard them say; leave no child behind and I will come to my own country where the children of Accra were being left behind and I knew then that presidents upon presidents of Ghana have always had the desire to end the shift system in Accra. So my first walk into a school in Accra, I wept several times; I was so embarrassed with what I saw. In the buildings where I and my siblings went to school in, and I saw them still running shifts, but under difficult conditions. I saw classrooms with 105, 120 and 75 children when it is raining teachers have to move desks and furniture in the classroom.”

The former Accra Mayor explained that he was so disturbed by the system he saw that he had to immediately initiate steps to bring it to an end.

“I could not finish the visit so I went straight to Prof. Mills and I reminded him of the better Ghana promise and told him, that was the best time to implement it in our schools and he told me that was why I was here. So I told him we will not open schools in Accra next year if we have to open with a shift system and he said he believed in me. Then I went to the Vice president, then John Dramani Mahama, and I told him I was going to make an announcement that I would not open the 2010/2011 academic year if I have to do it under the same conditions because it was very appalling for our children and they deserve better. He told me he was in support, with the assurance from the President and the Vice, I made the announcement that the 2010/2011 academic year will not come on in Accra until we can guarantee every child going to school without the shift system.”

“We prayed about it and we built the temporary structures; 406 classrooms throughout Accra then we opened schools for the 2010/2011 academic year. In fact, I went to the then Minister for Education, Alex Tettey-Enyo, and I told him to open schools throughout the country but to give me the first week in October to continue building the temporary structures and he told me that even though so many people don't believe I can end the shift system but he believes, so we opened schools in October 2010 without the shift system. Then we came out to say we need to modernize our schools, then we started the construction of the millennium city schools and I am glad we built them all through Accra,” he further explained.