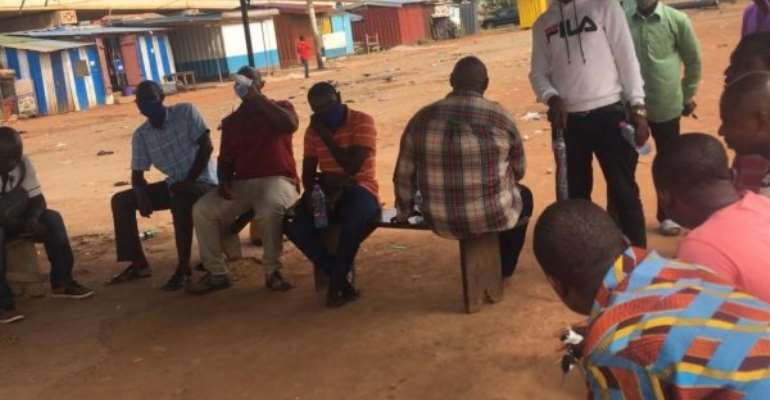 Commercial drivers and traders occupying the Atomic Junction Station have called on the Ga East District Assembly and government to intervene in their deliberations with their landlords who have given them a one week vacation notice which they say is very short.

They said this intervention is needed to restrain their landlords, Masco Oil Company, from abrogating their existing contract.

Mr Emmanuel Obakonko, Welfare Chairman, in an interview with the Ghana News Agency, said there was a signed document between the station and Masco Oil Company, the Lessee of the land for a period of one year.

He said indeed, the agreement has expired but the Lessee was refusing to renew it saying the money would be taken on a daily basis and this became the new agreement between the station and the company.

They then, Mr Obakonko said, asked us to halt all operations on Monday, June 15.

As things stand, he said, the station has been served with one week notice to vacate the land without any reasons attached to it and this station plays a vital role for people residing beyond Haatso, Ashongman and Dome, hence the urgent appeal for normalcy to return.