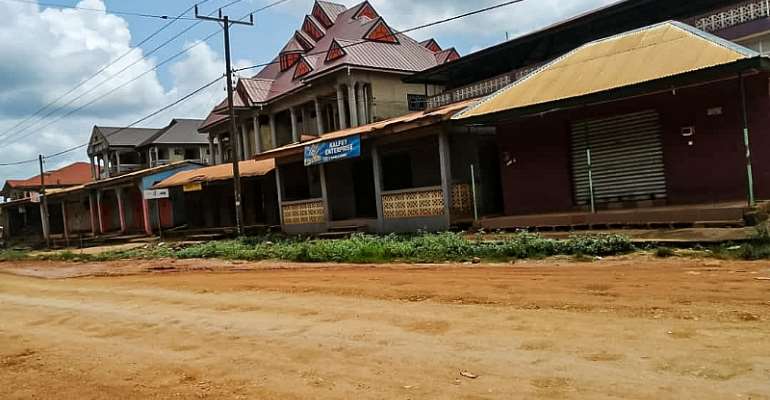 There are agitations from the youth of Prestea about their deplorable roads that have slowed economic activities in the town for many years.

Prestea, one popular mining community in the Prestea Huni – Valley Municipality which has produced gold for the development of Ghana close to a century has been deprived of major development, especially good road network.

The township roads which emit dust in the dry season and mud whenever there is a slight rainfall has reduced the lifespan of vehicles and lowered the image of the town.

Commercial drivers in the town have many times complained of how the deplorable nature of the town roads are making them incur losses since all their sales are used in repairing their vehicles.

The poor nature of the town roads has forced many shop owners along the roads to close down for fear of contracting any dust-related diseases.

The campaign #FixPresteaRoads comes after two years of a promise in a mid -year budget that the inner roads would be fixed as part of the Sinohydro projects, a Chinese company.

Delivering the budget statement on Thursday June 19, 2018, the Minister of Finance Mr. Ken Ofori-Atta said, the Prestea inner city roads project would be one of the benefits from a barter agreement the Government of Ghana has with Sinohydro Group Limited of China, where they are investing US$2 billion into infrastructure which include roads.

He therefore identified Prestea and other towns to benefit from phase one of the project. The news that came to the people of the area with a great sign of relief now appears to have dashed out in recent times.

Now, the youth in the community are on a campaign calling on the government of Ghana to #FixPresteaRoads now.

They are of the view that, the contractor on the road is being lackadaisical and do not see the urgency, at which the Prestea residents need the inner city roads.