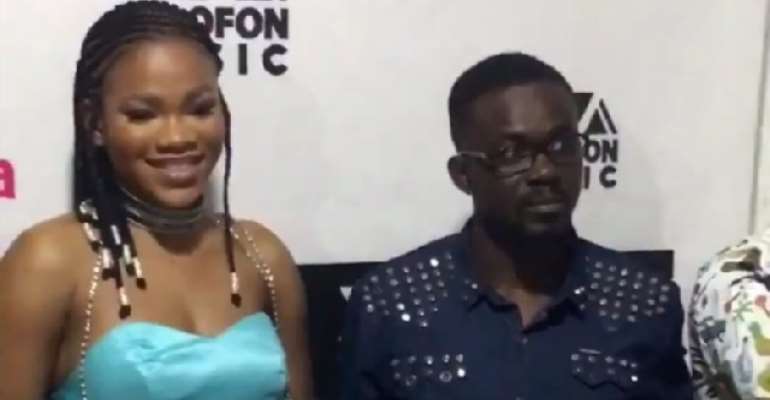 Members of the Coalition of Aggrieved Customers of Menzgold have called on President Nana Addo Dankwa Akufo-Addo and the Office of the national security to order the immediate arrest of Nana Appiah Mensah (NAM1), CEO of the now-defunct Menzgold Company Limited.

The call comes after NAM1’s company, Zylofon Music signed a new artiste, Tiisha, at a lavish ceremony in Accra last week despite the fact that many customers of Menzgold have had their investments locked up.

The aggrieved customers are wondering why NAM1 is spending money signing new artistes when their members keep dying while some suffer strokes and heart attacks due to their inability to retrieve their locked-up funds, which amount to millions of dollars.

In a statement, the angry customers expressed shocked that NAM1, who has been dragged before the court for fraud, had police protection during the signing ceremony.

Parts of the statement read as follows:

“Our attention has been drawn to the weekend signing ceremony of new artiste Tisha by Nana Appiah Mensah (NAM 1) CEO of the defunct Menzgold Company Limited.

“At the aid ceremony Mr Offei the Corporate Affairs Manager of Menzgold, Stonebwoy and other artistes in the company of some land guards and national security operatives, as well as uniformed police, were spotted providing security for him.

“This signing ceremony which was organised with grandeur, pump and pageantry and in the full glare of our state authorities occurred while victims of Menzgold continue to record deaths among themselves with the current figure not less than 55 among Menzgold customers.

“It is not surprising that NAM1, the father of Menzgold, Brew Marketing Consult, Payboy, Ivex Minerals, Metallica Refinery and 5G Gold have got enough money to spare and sign on artistes and go on a free-for-all spending while victims of Menzgold customers continue to die, suffer stroke and heart attacks and deaths as well as have their lives shattered just as a result of investing in Menzgold.

“We are very much appalled by the bravado and the open disregard for the laws of the land seeing as NAM1 a man who has been slapped with 61 criminal charges including money laundering is still signing financial contracts and being escorted by macho men.

“If, indeed our laws are working, which we believe they are then we call on His excellency the president to order the office of national security to cause the arrest of NAM1 immediately without delay.”

High Court shoot down Agordzo's application to travel
8 minutes ago

ASEPA to file RTI request for minutes of Justice Dotse-AG 'S...
8 minutes ago