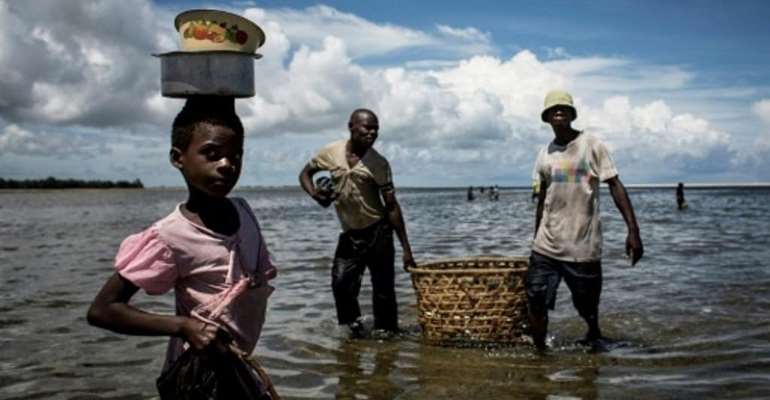 The international NGO Friends of the Earth has accused France of undermining Mozambique's security, economy and environmental health in its drive to capitalise on a gas boom off the country's northern coast.

In a report released Monday, the group said France was throwing Mozambique “into a gas trap" by shoring up French interests in the vast underwater reserves discovered off Cabo Delgado province.

Exploitation of the gas fields, planned over 30 years, is expected to generate $60 billion in investments – the largest ever on the African continent.

French oil giant Total is developing a mega gas exploitation project, while banks Crédit Agricole and Societé Générale were singled out as "major players”, acting as financial advisors to the gas operators.

"French machinations are forcing yet another African country into dependency on fossil fuels … in the name of the economic interests of French energy industrials and bankers,” the report said.

"For several years now, the entire arsenal of French economic diplomacy has been working to defend French interests in Mozambique.”

Estimated at 5,000 billion cubic metres, the 9th largest natural gas reserves in the world could transform the former Portuguese colony – one of the world's poorest countries – into a leading exporter of liquefied natural gas.

While the project would be a windfall for the industry, however, the NGO warns it would be “a curse” for Mozambique – bringing more conflict, violence, corruption and social inequality.

Increased 'militarisation'
For the past three years, Cabo Delgado has been at the centre of a deadly insurgency by the Ahlu Sunna Wal Jamaa Islmaist group. Friends of the Earth says the conflict has seen authorities clamp down on the province and “prioritise protecting gas infrastructure”.

"This is a ticking climate bomb ready to explode and will contribute to pushing the world even further towards the irreversible climate crisis,” the report said, adding that Mozambique, prone to extreme weather, was already on the frontline of climate change.

The NGO is calling on French companies, including private banks and energy firms such as Total, to immediately end their involvement in Mozambican gas projects.