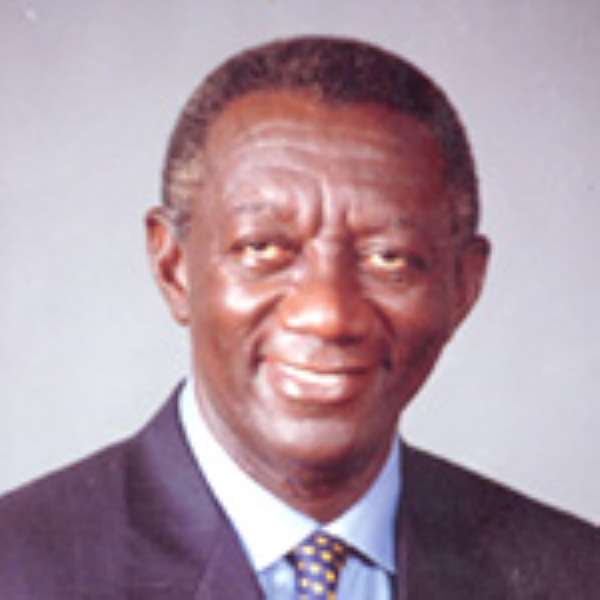 Ghanaian President, John Agyekum Kufuor leaves Accra for Banjul, The Gambia, today to attend the Seventh Ordinary Session of the Assembly of Heads of State and Government of the African Union (AU).

A statement signed by Mr Andrew Awuni, Press Secretary to the President, said the Summit would discuss the Report of the Peace and Security Council on the state of peace and security on the Continent and that of the Special Summit of the AU on HIV/AIDS, Tuberculosis and Malaria.

It said the two-day Summit, under the theme: "Rationalisation of Regional Economic Communities (RECs) and Regional Integration", would also discuss the Ratification of the Convention on the Protection and the Promotion of Diversity of Cultural Expression. According to the statement, a special session would be dedicated to discuss the theme.

The UN Commissioner for Human Rights, Ms Julia Joiner and Congolese President Sassou Nguesso, Chairperson of AU, would address the Heads of State on human rights issues as part of the 25th Anniversary celebrations of the African Commission on Human and Peoples' Rights.

There would also be the swearing in of Judges of the African Court of Human and Peoples' Rights.

President Kufuor was accompanied by the Minister of Foreign Affairs, Nana Addo Dankwa Akuffo Addo and some Senior Government Officials. He is expected back home on Sunday, 2 nd July, 2006.