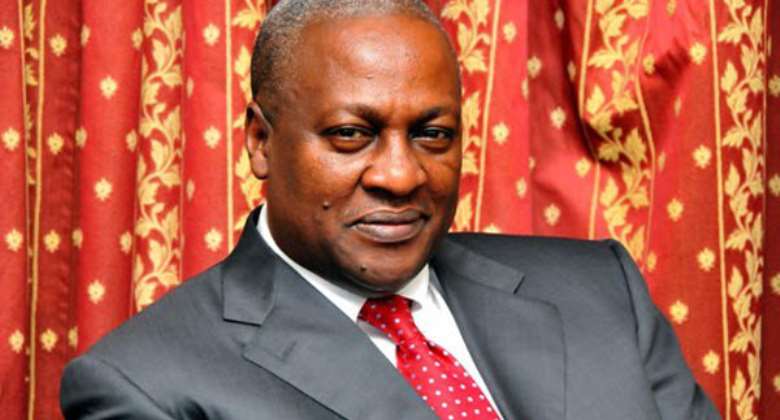 Perhaps one of the most risible metaphors in Ghana politics is “President Akufo-Addo stands for the rule of law or human rights.” Then, whence from his presidency increasingly becoming a fortress of autocracy! Issues that center on higher education are very ethereal and must be addressed through stakeholders’ consensus building. The former president has served notice that should Parliament go-ahead to pass the Bill into law, "I will not hesitate to initiate steps for its immediate repeal, as a matter of priority, if God willing, I assume office as President in January 2021”--(Source: GHANAWEB, June 13, 2020).

Every perspicacious constitutional expert or political pundit is ruminating on the excessive powers bestowed to the president under the 1992 constitution. A real source of consternation to many Ghanaians who want state institutions devoid of political control. Is it borne out of age-long Nkrumah-Danquah rivalry, with an inordinate eventual plan of naming the University of Ghana after J. B. Danquah?

It amounts to moral turpitude for a politician to think of denying institutional autonomy to Ghana's tertiary institutions. There is no gainsaying about the importance of academic independence.

Academic freedom is the freedom of the individual scholar in his/her teaching and research to acquire knowledge without fear of punishment or termination of employment for having offended some political, religious, or social orthodoxy (Berdahl, 1990).

Academic autonomy operates at the individual level, whereas university autonomy operates at the institutional level (Berdahl, 1990). Berdahl (1990) classified institutional freedom into two: substantive independence and procedural autonomy. The former is the power of the university or college in its corporate form to determine its mission and vision, whereas; the latter is the power to determine how missions and visions will be pursued.

The above-mentioned institutional autonomy types and academic freedom are contingent on the prevailing political system. Democratic countries, by their nature, permit, and safeguard academic autonomy. Under the authoritarian form of political dispensation, the concept of institutional autonomy is swayed to a dictatorial political anchor of the day. Under the autocratic leadership, the activities of the states are dictated from the presidency; wherein Universities and Colleges are appendages of the government.

The justification for the public university bill is very unpersuasive. According to the Education Ministry, the purpose of the Public University Bill "is to provide the procedure for the establishment of Public Universities, principles of management of public universities, the legal status of public universities, the procedure for financing Public universities and administration and supervision of the activities of Public universities and related matters.” It would have been an excellent idea only if governments have managed public institutions well. State institutions directly under the government's supervision have become cesspools of manipulation, financial misappropriation, and over-spending evidenced by an annual Auditor-Generals report. Managerial ineptitude, "who knows you" syndrome and political corruption remain severe social malaise in Ghana.

To a considerable extent, I concede that education under full state control is as sinister as the full autonomy of educational institutions. Taxpayer's support is needed for the infrastructural expansion of Ghana's universities. Extreme institutional and academic freedom risk diverting Ghana's educational goal. Thus, all extremes are deplorable. Koo Nimo, you agreed to Lord Acton’s famous dictum: "Power tends to corrupt, and absolute power corrupts absolutely. Great men are almost always bad men..." The government is better off allowing members of the academia to be free from needless political interference. I will always support any candidate that will repeal this bogus Bill. Politicians cannot decide who becomes a professor or associate professor.

The Bill will somewhat discard intellectual freedom and repress free-thinking. "If repression has indeed been the fundamental link between power, knowledge, and sexuality since the classical age, it stands to reason that we will not be able to free ourselves from it except at a considerable cost.”- Michel Foucault. Indeed, the considerable cost lies in all and sundry calling for the withdrawal of the public universities. We cannot sacrifice Ghana’s higher education on unholy altars of partisan convenience. God Bless Ghana!!

Northern Ghana is underdeveloped because of underinvestment ...
12 minutes ago