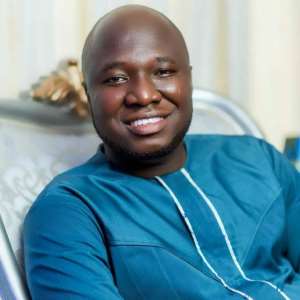 The Chief Executive Officer of Cleverlines, Mr. Stephen Asiedu is asking traditional authorities to target development initiatives at their people and not to bank their hopes on politicians to develop their communities for them.

Mr. Asiedu who offered the prompting while speaking on Peace FM’s entrepreneurship show dubbed “Starter Pack”, says traditional authorities have greater galvanizing power resources relative to politicians and can, therefore, drive development for their people if they begin to think innovatively.

According to him, politicians are restricted in the execution of their duties by the law and often have to go through several processes to secure development projects for their constituencies.

“When people only blame politicians for our underdevelopment as a country, I find that troubling because even though they are elected to implement development, there are laws that restrict them from taking certain decisions no matter how beneficial such projects may be to the society”, he said.

The former banker said even though traditional leaders are subject to the rule of law, they are better positioned than politicians and are under no strict supervision from anyone in the discharge of their duties.

“Because traditional leaders do not live in fear of losing the next election, there should be nothing holding them back from being innovative and taking bold decisions. I am urging all traditional leaders in the country to consider what their communities are noted for and then rally the youth behind them to begin businesses along those lines.

“Our traditional leaders should be spearheading development in this country because of the vast resources that is available to them by way of their community. For example, a chief whose community is noted for maize farming can invest in that and then task the youth to do that thereby creating employment for an entire community.” he reiterated.

Mr. Asiedu charged traditional leaders to utilize the available natural resources at their disposal to develop their communities and emphasized that it would serve as motivation for politicians to go the extra mile to implement better policies and development projects.

“If politicians see the traditional leaders have implemented projects that have already elevated the people in the community when they are voted into power, they will know there will be no room for mediocrity on their part.”

He said for their selfish interests, some chiefs enter into agreements with foreigners without prioritizing the welfare of their people, saying it partly explains why there are many mining communities with rich minerals and huge potential to develop but in reality, are poor and lack development.

He encouraged the youth to think about opportunities for job creation both for themselves and others and stop relying on the government to provide them with jobs.

Cleverlines is a printing and publishing company based in Accra.