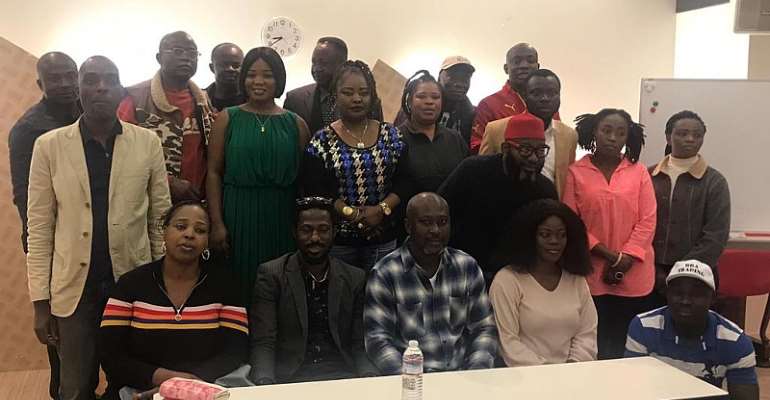 As the political season is gathering momentum and the NPP's primary have been scheduled for Saturday, 20th June 2020 to elect parliamentary candidates for the various constituencies nationwide, the NPP Japan branch wish to congratulate the national leadership for the swift and timely decision to hold this election in the midst of the pandemic.

The NPP Japan branch would like to use this opportunity to congratulate all parliamentary aspirants across the 168 constituencies where there are NPP sitting MPs and the remaining orphan constituencies for their bold decision to serve the good people of Ghana.

As the NPP goes through this crucial national exercise, the NPP Japan branch would like to wish the party the best of luck and entreat all aspirants and delegates to respect the rules of engagement as outlined by the general secretary.

There had been instances in the past when internal democratic engagements or exercises had degenerated into chaos and undesired ends in other political parties but the great Kukurudu party has gone about its activities without any skirmishes so far.

Fortunately, it is worthy to note that such negative incidents that usually mark the rudimentary stages in the political process of other political parties, such as parliamentary and presidential primaries, cannot be tolerated in this great party.

We believe in the hierarchy of the party of having worked to create a level playing field for all the aspirants to ensure a free, fair, and transparent election.

We would like to remind all aspirants and delegates that this national exercise is not a do-or-die affair but a democratic means of making our party great.

We entreat all stakeholders to accept the election results in good faith and fight together in unity after the elections.

It is our hope that all grievances that may come as a result of the election would be addressed using the party's laid down structures.

The NPP Japan would like to charge all delegates and aspirants that will partake in this national exercise to go about it with decorum and desist from any violent acts that would bring the image of the party into disrepute.

On this note, we wish all NPP delegates and aspirants free, fair, and successful elections.