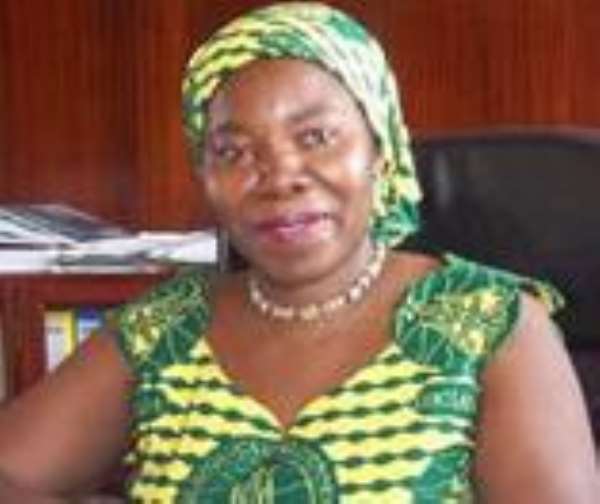 In response to last week's claims by the Criminal Investigations Department of the police service to have unravelled the mystery surrounding thefts of cheques running into billions of cedis at Ghana Broadcasting Corporation- GBC, the workers have described that disclosure as attempt to throw dust into their eyes and further complicate matters.

Even though the police announced a breakthrough into the probe through the arrest of two drivers of the corporation, who they (police) claim were in possession of the corporation's cheques, the workers still maintained that it was just a Public Relations gimmick to win their trust.

They claimed that they still mistrust the police for the fundamental mistakes it committed in the handling of the case, by directing the report of their primary investigations to the lawyers of the Director General of GBC.

According to the workers, the two drivers that the police claimed to have arrested were earlier mentioned as people who were involved in writing of the long service award cheques when the corporation celebrated its 70th anniversary.

According to them, there was nothing in the story, “this story has been told before,” said one of them.

Instead, they called on the Police to work harder than they are doing now, rather than try to throw dust into their eyes.

They punched holes in the story carried by the state owned Daily Graphic, which sought to create the impression that the police have made a breakthrough in the probe of the missing cheques at the corporation.

They contended that the allegation that the suspects hid the cheques among other leaflets that were to be signed and sneaked them out to cash was beyond any logical reasoning.

They explained that if the police knew management procedures, they would not have come out with that flimsy explanation.

According to them, cheques are not signed without vouchers and questioned how one could sneak a torn cheque into those that were in the book.

“Prudent management demands that cheques are signed with the counterfoil intact to ensure that the amount signed to correspond to the one on the cheque.

“We are not children; they should come again with a better explanation,” they called on the police.

They were of the view that either certain higher forces are calling the shots or the police were being inefficient.”

According to a story in the last Tuesday edition of the Daily Graphic, it was reported that the probe into the theft of GBC cheque books and arrested two drivers who had in their possession cheque leaflets belonging to the corporation.

The suspects were named as Richard Kwasi Aboagye, 33 and Isaac Kofi Egyir, who had been riving top management officials of the corporation.

The story further quoted the Director of CID, Mr Patrick K. Ampewuah, as saying that the two suspects have proved un-cooperative with the police as they were unwilling to talk or provide clues to other accomplices.

The report, however, failed to indicate whether the two suspects were still in police custody or have been released on bail.