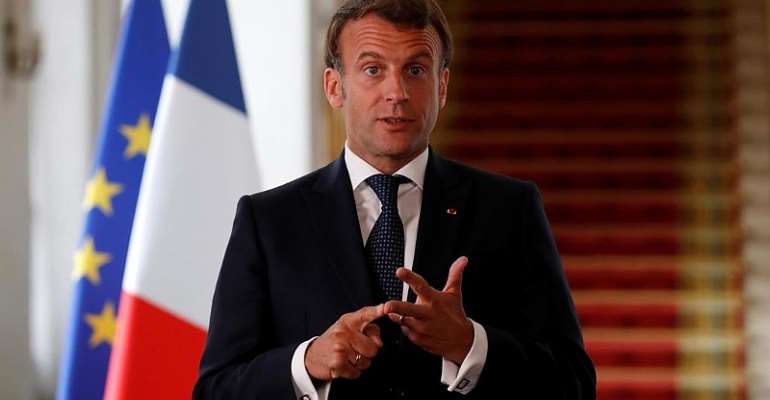 President Emmanuel Macron is to chart France's path forward in a televised address on Sunday. His proposals for phase 3 of the nation's recovery from the coronavirus come a month after the lockdown was eased, and launch a new phase for his final two years in office.

Macron's address on 14 June at 8pm Paris time will be his fourth since the start of the Covid-19 crisis.

He is expected to speak first on urgent matters, starting with the third stage of relaxing lockdown measures, scheduled for 22 June, and the main challenges, including reopening restaurants in the Paris region, for which the sector is desperately calling, and easing sanitary measures in schools.

Time to speed up?

Calls to speed up the exit from lockdown have multiplied in recent days, against a gloomy backdrop for the French economy: the Bank of France anticipates a record drop of around 10 percent in GDP in 2020 and the unemployment rate looks set to exceed 10 percent by the end of the year.

While post-Covid recovery is taking most of Macron's time, the president is also being hassled on another front in the form of demonstrations against alleged racism and police violence, with French activists spurred by the international wave of outrage at the death of George Floyd in the United States.

Thousands demonstrated on Saturday in Paris and across France at the call of the family of Adama Traoré, a young black man who died in police custody in 2016.

Macron is also facing the anger of police officers who feel "abandoned" by him and the Interior Ministry.

The president's prime-time address comes two weeks ahead of delayed local elections in which his ruling party faces a severe beating, according to opinion polls.

A government reshuffle is in the air after the second round of municipal elections scheduled for 28 June.

► 10 topics to be addressed in Macron's national address on Sunday: