For Akufo-Addo's Sake, Forgive One Another — Carlos Ahenkorah To Aggrieved, Cursing NPP Members 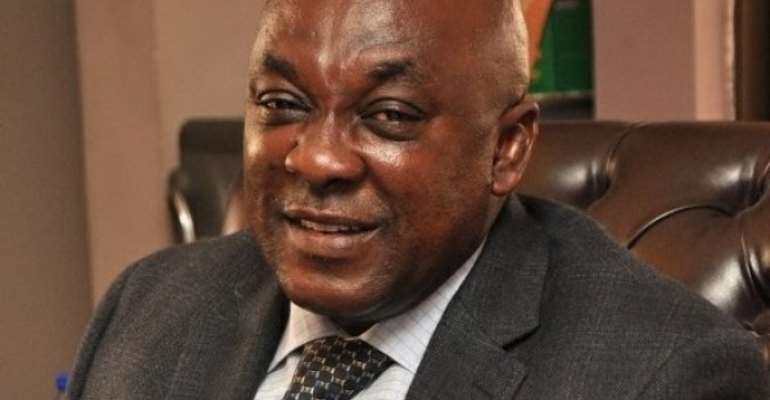 Member of Parliament for Tema West and Deputy Minister of trade, Carlos Kingsley Ahenkorah, has called on disgruntled members of the New Patriotic Party (NPP), to remain resolute and rally behind the agenda to re-elect President Akufo-Addo in December 2020.

In a rallying call, he urged members across the country to abandon all acrimony for the party to work together as one unit with a common purpose.

“Where we are now, victory is clearly ours; but we have to be careful that we ourselves do not sabotage our own chances. The vibes emerging from the party over the disqualification of some Parliamentary aspirants gives cause for concern,” Mr. Ahenkorah said.

According to him, “it is imperative that we let our political maturity and in fact, our humanity, show now. Let us forgive one another and unite behind our leader as we belong to the same family.”

The MP said he w setting the tone to deodorize the party of all the acrimony by forgiving first.

Speaking to the Ghana News Agency in Accra on Sunday Mr Ahenkorah said “I have said it and I will say it again, I forgive all those who have wronged me; those who planted negative stories about me in the media and those who detracted me publicly. I forgive all of them. Let anybody that I have wronged too forgive me. We are human beings and cannot run away from mistakes.

In fact, no one is a perfect human being, but as Christians and Muslims, our actions must mirror the characteristics mentioned in the Bible and the holy Quran.”

His admonishment is coming as the ruling party's Parliamentary primaries for the 2020 election on June 20, enters the homestretch.

As part of the build-up, there are many disqualified aspirants who have accused the leadership of the party of unfair treatment.

Supporters of most of the disqualified aspirants recently took to cursing the leadership of the party by invoking voodoo spirits on them for the disqualifications. The party's leadership has in turn also suspended the aggrieved supporters.

According him, the acrimony was not in the interest of the ruling party and that the earlier all sides smoked the peace pipe, the better.

“After all, why are we all fighting for people that we have faith in to be Parliamentary Candidates; is it not because we want to ensure another victory for our party in December 2020? Since the party's victory is our priority, what is the point in being at loggerheads?

“I know that in our party, every single one of us loves President Akufo-Addo and would want to retain him. We must realize that when we fight amongst ourselves, we do not prove our love for him. A house divided against itself, can never stand. The upcoming Parliamentary primaries is a family contest and nothing else”. Carlos Ahenkorah said