By Chikezie Uzuegbunam - The Conversation 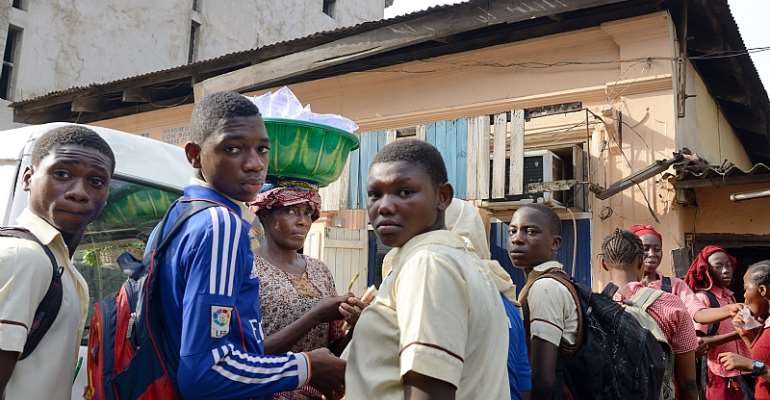 All over the world, the reach of digital technology is growing at an extraordinary rate, even in developing countries. Young people are growing up in an environment ruled by digital devices, the internet and social media.

Research evidence indicates that using the internet and other technologies such as video games and computers has become a daily routine for many children and adolescents from high-income to low-income countries. The United Nations Children's Fund reports that children are accessing the internet at increasingly younger ages, and that smartphones are young people's gadget of choice. Phones guarantee easy online access and are more private.

Nigeria is one of the African countries in which the internet and digital media penetration has been increasing in leaps. The country accounts for close to 30% of internet penetration in Africa. According to a global digital report , there were 85 million internet users in Nigeria as at January 2020. Although an estimated 60% of the population is made up of young people, there is little known about how they use digital technology every day.

My three-year study of rural and urban teenagers in Nigeria aimed to investigate how they access, understand, work and play with the digital technologies that are available to them. The study also paid attention to the contextual factors and digital gatekeepers in the children's lives, including parents, guardians and teachers.

The fieldwork was conducted from 2017 with schoolchildren aged 13 to 18 in mostly public schools in the South East and North Central parts of the country. A total of 175 schoolchildren took part in focus group interviews and 430 participated in a survey.

I took a child-centred approach, relying on the children's voices and views alone. In Africa , young people make up the majority of the population, yet their views are rarely heard and taken seriously by adults. The consequence is that they continue to be viewed as vulnerable and disruptive. They grow up in social systems that do not value what they have to contribute to their own well-being.

My study found that a growing number of Nigerian teens have access to digital technologies, particularly mobile phones and the mobile internet. Two-thirds (63.7%) of mostly 14 to 18 year olds in peri-urban and urban centres owned mobile phones of their own. Others had access to a shared smartphone or a simple feature phone through their siblings and friends. About 57% of the respondents had their phones bought for them by parents and guardians; others by relatives such as older siblings. Still, 23% bought phones with personal savings. Almost 60% had internet-enabled phones.

A significant number of the respondents (30.9%) reported relying on their personal money for airtime and internet data bundles. Two-thirds (66%) used mobile phones for between one and five hours a day whenever they could.

The young people's expertise with the use of mobile phones and the internet is somewhere in between the “dabblers” and the “proficients” – borrowing from a study by UNICEF of young people in Kenya.

The use of and access to other digital devices such as computers, laptops and tablets was very low. The teens rely instead on mobile phones for connecting with their friends and peers, meeting new people, doing school assignments, and finding information. Technology also helps them to relieve boredom and stress.

Despite the presence and potential impact of technology in their lives, the children's digital practices are hampered by a lack of proper support from their homes and in school. The adults in their lives control their use of technology very strictly, and both the teens and these adults lack the skills and literacy needed to navigate potential risks. From my analysis, this increases the risk of access to pornography, meeting strangers online and offline, and identity crisis, as reported by the children.

The children reported having to deal with authoritarian parents and teachers who say that technology is bad for them.

I found some teenagers develop “technophobia” as a result of constant negativity around technology. They lack knowledgeable digital mentors and coaches. They are not taught what they need to know to be safe and how to take advantage of digital opportunities necessary for their development.

They also complained about the high cost of devices, data and airtime, limited power supply, and lack of government intervention to provide digital infrastructure and opportunity.

What needs to change and why

Effective teaching of digital skills and issues surrounding the digital life must be prioritised. Government, families and schools must come to terms with the fact that digital technologies have come to stay. People who need to educate the children must be taught and trained as well.

There is evidence that schools in Nigeria lack the curriculum necessary to expose children to digital skills, information literacy and opportunity. Until such measures are in place, other concerns such as protecting children's online rights, safety, privacy and well-being will remain un-addressed.

To navigate the complications of digital life, adults and young people must collaborate because young people's opinions matter and many are proving to be “experts” in their own digital lives.

Chikezie Uzuegbunam does not work for, consult, own shares in or receive funding from any company or organisation that would benefit from this article, and has disclosed no relevant affiliations beyond their academic appointment.

Article
Powered By Modern Ghana
Election 2020: EC Must Do More To Assure Us
J. P. Adjimani Bows Out Of Active Service After 28 Years At University Of Ghana
Why US diplomatic muscle could achieve more in Somalia than drone strikes
Case law suggests South Africa must do more about disrupted schooling
Why the Child's Rights Act still doesn't apply throughout Nigeria
The Ghanaian Presidency: Hype, Burst Myth And/Or Sakawa?
Pasha 81: A closer look at the informal water market in Kenya
How Accra tackled complex challenges in an urban slum
Why South African opposition's policy on racial inequality is out of sync with reality
COVID-19 Updates Live Dashboard
TOP STORIES

Togbewo Afede XIV and Sri III: We Want to Hear Your Royal Vo...
1 hour ago