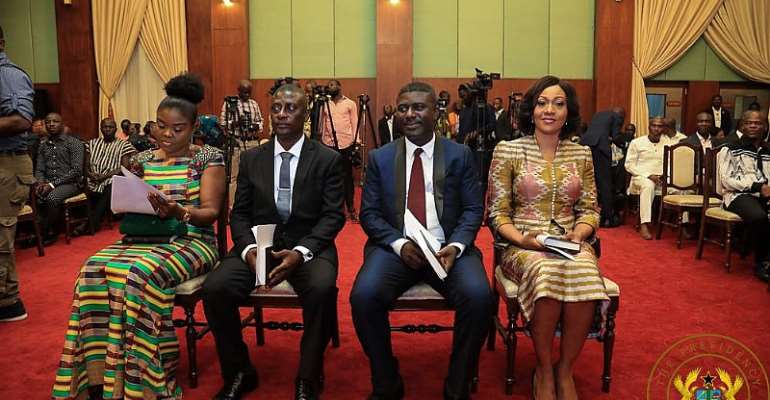 The Women’s Wing of the New Patriotic Party in the United Kingdom strongly condemns the attacks on the chairperson of the Electoral Commission of Ghana, Mrs. Jean Mensa.

Mrs. Jean Mensa since the assumption of office on the 23rd of July 2018 has come under a barrage of attacks led by the largest opposition party, NDC.

The NDC has needlessly attacked Mrs. Mensa at any given opportunity by raining abuse on her to threatening her very life.

The latest of such attacks occurred a few days ago when one supposed pastor by name Kwabena Owusu Adjei, in a video that has gone viral, insulted and pronounced death on her.

While the chairperson of the Electoral Commission of Ghana isn’t beyond criticisms like any other head of an institution, the unwarranted attacks on the person of Mrs. Mensa has become one too many and baseless.

Prior to her appointment, Mrs. Jean Mensa was the Executive Director of the Institute of Economic Affairs (IEA), a career that spanned eighteen years and has been crucial in strengthening Ghana’s democracy and promoting strong institutions.

She was also the Co-ordinator of the Ghana Political Parties Programme and was called to the bar in 1996. Her entire career has been centered on developing and implementing policy alternatives that represent both international and local best practices. This is a woman whose integrity is not in doubt. It is, therefore, mind-boggling as to why the NDC and their cohorts will stop at nothing to frustrate the good works of the EC.

One may ask, what is it that the NDC stand to lose at the compilation of a new register to call for bloodshed? What is it that summoning the EC to the Supreme Court isn’t good enough that they would call for the head of Jean Mensa? Is it that she is a woman?

Seeing that they have no valid case against the compilation of a new voters register, they have resorted to recruiting elements that can bastardize the EC and go as far as threatening to kill her. These pronunciations by this Kwabena Owusu Adjei are not only loathsome but also criminal. It is good that Mr. Adjei has been arrested by the security agencies. We urge them to conduct thorough investigations and deal with him accordingly if found culpable.

In our quest to hold the Electoral Commission accountable, it is imperative that we refrain from the use of abusive and threatening language. We all as a collective body owe it a duty to be decorous and constructive in our criticisms.

We, therefore, call on the Christian Council of Ghana, the various women advocates and Advocacy groups, and all well-meaning Ghanaians to condemn such acts of irresponsibility and barbarism.

On behalf of the NPP UK women’s Wing