Somalia Governance: Challenges and Their Implications 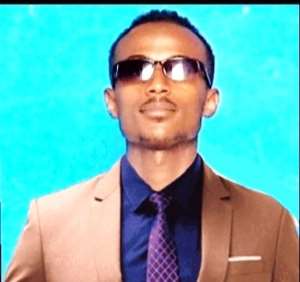 For a long time, capacity deficiencies and the low level of governance performance in Somalia led to turmoil of "having tribe societies without a central government". This is an important factor that caused slow development in

Somalia. Thus, we must rethink the development and governance issues of Somalia, to seek Somalised solutions for Somali issues based on the characteristics of Somalia. Among these, the most important task is to establish efficient government and political parties that are devoted to development and have the ability to promote it.

Even today observers and researchers around the world hold very different views on the political development issue of Somalia. The relevant differences and arguments are concentrated on the following complicated issues.

First, what is the most important task or core issue for Somalia's political development? What kind of government system is feasible, effective and can be stably maintained? Second, for Somalia what is the best way to set up and choose standards for political systems and state regimes? Third, should Somalia set up an endogenous localized political systems and structures to form centralized and powerful governments that contribute to promoting economic development, social stability and improved living standards, or transplant the parliamentary systems and election systems that seem to have so-called moral legitimacy under the background of western cultures and according to western political ideology? Fourth, should Somalia establish a powerful government that can centralize national resources, in order to make joint efforts to achieve the state's long-term development goals, or establish a weak government that only pursues its own immediate interests or partial interests, and thus leads to continuous mutually exclusive cut-throat competition?

All these issues have not been well understood much less resolved. While behind this confused theory and idea, Somalia's political reality has increasingly presented long- term turbulence and confusion.

One of the challenges faced Somalia in governance and development is the trend toward the weakening or even the dissolution of national sovereignty. Administrative abilities are insufficient, and state systems and governmental functions are gradually sliding toward degeneration and collapse. How best to reconcile tribal cleavages and the discreteness of tribal societies and promote the construction of unified modern sovereign state through integration, is the biggest political challenge faced by the country that won independence in the mid of 20th century. It is also the fundamental premise for realizing state stability, economic growth and social security. However, this process has been affected by various factors, from the beginning and has thus resulted in slow progress. Nowadays, to some extent is gradually falling into anarchy, with the dissolution of state system and the collapse of governmental functions. Today, the factors that make negative impacts on the unified construction process of Somalia and dissolve the basis of the state have become very complex and varied. Generally speaking, the following have become the most obvious challenges..

The first challenge is the economic globalization and political liberalization process that is dominated by western developed countries. For the country, this process has been dissolving it's sovereignty and eroding the political authority to take action. In general, Somalia have passively got involved into the globalization tide, in an environment where the domestic integration process is far from complete and the construction of a unified state with a clear national identity is far from resolved. As weak country, Somalia often faces pressures of loosing sovereignty and being divided into several parts.

The second challenge is that, under situations in which tribal integration and the construction of the state were far from complete, Somalia was forced to transplant or mechanically copy western competitive multi-party systems and electoral politics, which often caused continuous tribal and religious conflict. Again, this eroded Somalia's unity, sovereignty and ability to rule from the interior.

The third challenge is the rapid emergence of large numbers of nongovernmental organizations (NGOs) and the adversarial political appeals put forward by these organizations over the past two decades. These NGOs often are supported and controlled by foreign powers. However, to a certain extent, they have contributed to the dissolution of the country's internal tolerance, coherence, state authority and ability to take action from the interior.

In fact, nowadays, without sovereignty and government management, no country could gain the social stability, national security and economic growth that are necessary for social development. In Somalia the government's capacity is severely deficient, The basic political regime has existed in name only, and the functional networks, and management systems with coherent and clear divisions of responsibility and functional connections between the top and bottom political levels are nonexistent. Under a situation of "having tribe societies without a central government," thousands of civilians suffer from feelings of helplessness and get into difficult situations. The dissolution of state unity and the loss of governmental management capacity has resulted in huge disasters. Although Somalia presently have enormous human capital and a large and growing young population, the population bonus is far from being fully utilized, because there is no organized and coherent system to mobilize this large population into the large force needed for the construction of the country.

Many countries have not always been able to understand the essence of politics from the economic perspective over the past several decades and thus have not transferred the focus of national work to economic construction. Some countries have ignored the fundamental goal of economic development over a long period and became deeply entangled in meaningless political strife.

Poverty and backwardness are sources of political unrest, conflict and even terrorism. If a government is not concentrating on economic development, trying to improve livelihoods, and maintaining a stable and effective state system, it will not be able to accomplish meaningful goals, and it will be brought down sooner or later. Over the years, western countries have advanced political reform in Somalia. For today economic construction and social development must be prioritized. Somalia needs to implement political reform. But, the starting point should be ways to enhance Somalia's economic development and improve living standards. Then it will be possible to put in place political reform through the advancement of economic capacity, rather than mechanically copying western political systems. Similarly, today's Somalia need to maintain stability in order to better promote economic development and livelihood improvement. If the eradication of terrorism and stability are achieved at the expense of economic development or do not contribute to the promotion of development, the stability eventually will not be maintained and the elimination of terrorism will prove difficult to achieve as well.

The Establishment of Long-term State Development Objectives is Important

Another big problem faced by Somalia is how to establish long-term economic stability and development strategies. Somalia should engage the domestic population in determined efforts to solve Somali issues through self-reliance and hard work, rather than relying on foreign assistance to get the problems solved quickly.

Meanwhile, Somalia is back warded, but we should not expect to solve all problems in the short-term. Toward this end, the international community should encourage the government and the people to have the faith and determination to work hard and persevere toward the achievement of long-term objectives.

National ideas and national identity are the foundation supporting the survival, development and stability of a state. Having a strong national identity means that the people living in a territory have a basic sense of belonging to their country and have recognition and respect for their country's history, heritage, culture and national interests from the bottom of their hearts, and they take a sense of responsibility for the rise and fall of the state. However, the long-term political unrest and ethnic separation experienced in Somalia has often resulted in the lack of a powerful national identity and common core value system. This has made it difficult to construct a sense of national interest to maintain and mobilize the people. Given the weak sense of the national identity, competitive political groups and adversarial ethnic parties have not been able to jointly formulate and persistently pursue national long-term strategies and development objectives. This is a structural and conceptual barrier that the government must overcome.