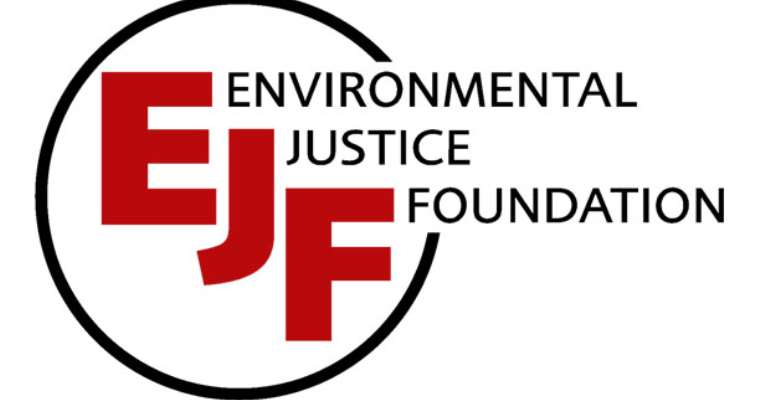 EJF said the government risks endangering the livelihoods and food security of millions of Ghanaians should it fail to crack down on the illegal activities.

According to the organization, repeated cases of fishing crimes on Ghanaian waters do not only point to a blatant disregard for the laws but also a lack of deterrent sanctions.

“Under international law, Ghana has a responsibility to establish and implement a system of deterrent sanctions that deprive offenders of the benefits flowing from their illegal fishing activities. These repeated offences show that the system of sanctions in Ghana is not having a deterrent effect,” EJF said in a release.

The trawler, EFJ said, was initially apprehended in June 2019 for using nets with a mesh size below the legal minimum and taking fish smaller than legal landing size.

It noted that in October 2019, the owners were issued with a fine of US$1 million by an out-of-court settlement committee and an additional GH¢124,000 for the fish on board the vessel which they failed to pay.

Despite this, the vessel licence was renewed and the trawler put to sea again, fishing in the waters of Ghana and neighbouring Cote d'Ivoire until it was re-arrested on May 30, 2020, by the Marine police for the same offence.

The Executive Director of EFJ, Steve Trent, said, “It is vital to ensure that the vessel pays the full fines of both cases, and that the outcome of this and other cases are published on the ministry's website. Perpetrators cannot simply choose not to pay a fine and go back to exactly the same criminal actions as before. That is not how justice works. To safeguard Ghana's food security, livelihoods and stability, the government must act to tackle this issue across the whole fleet.”