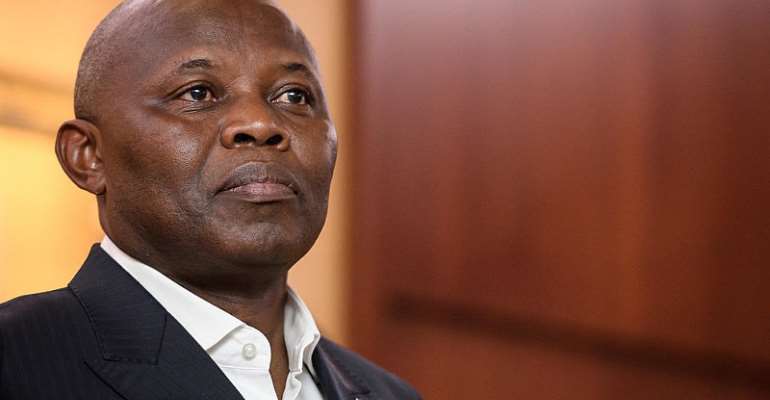 Prosecutors in DR Congo have requested a 20 year prison sentence for Vital Kamerhe, a key ally of President Felix Tshisekedi, over his alleged role in the embezzlement of more than 50 million dollars of public funds.

Kamerhe appeared before a court in Kinshasa's Makala prison on Thursday dressed in prison clothes for a trial broadcast live on state television.

The 61-year-old, who has been detained since 8 April along with two co-defendants, has vehemently maintained his innocence.

"Neither the lawyers of the Republic nor the prosecutor's office have been able to prove the guilt of M. Vital Kamerhe," he said referring to himself in the third person.

Kamerhe, who made a pact to back President Felix Tshisekedi in a 2018 election in the expectation of succeeding him, is accused of embezzling more than 50 million dollars of state funds intended for major public works.

Prosecutor Kisula Betika Yeye Adler asked the judge to sentence him to a maximum of 20 years for embezzlement and other corruption charges.

A 20-year sentence was also sought against one of Kamerhe's co-accused, Lebanese contractor Jammal Samih, 78, who would be deported at the end of his sentence. All three men claim they are innocent.

Kamerhe's supporters say the case is politically motivated, aimed at blocking his chances of challenging Tshisekedi at the next election in 2023, after prosecutors requested he be barred from holding public office for 10 years.

"True justice will come from God," Kamerhe said, adding he had warned his wife prior to the hearing that "the die is cast" regarding his fate.

He and his wife, whom he married in February 2019, are also under scrutiny for acquiring and renovating a mansion in France for more than one million euros.

"The proceedings mention the embezzlement of public money. But there is no evidence of any illicit financial flows," Kamerhe's Paris-based lawyers said in a statement, denouncing the sentence request as unconstitutional.

They have now referred the matter to the United Nations's Working Group on Arbitrary Detention.

Nothing was done "without the knowledge" of Tshisekedi, Kamerhe claimed, insisting he was not in office when the contract at the centre of the allegations was signed in 2018.

A government adviser called by the prosecution during the hearing slammed Kamerhe's comments as an insult to the president.

The high-profile trial has seen many twists and turns, notably the sudden death of Judge Raphael Yanyi in May, barely two days after he presided over the second hearing.

Police said he died of a heart attack and the results of an autopsy are still pending. However, several reports have emerged suggesting that Kamerhe was responsible for Yanyi's death.

In this tense atmosphere, Kamerhe's two lawyers have argued that his life is in danger in the jail where he is being held.

Originally from South Kivu province, Kamerhe has been a central figure in DRC political life since the 2000s. He was initially a pillar of former President Joseph Kabila's rule before teaming up with Tshisekedi.

Judges are due to deliver their verdict in his trial next Saturday 20 June. Their response will be eagerly awaited in a country that has vowed a campaign to "renew" the justice system to root out entrenched corruption.

[Video]Don’t Vote For NPP Members Contesting As Independent ...
9 minutes ago