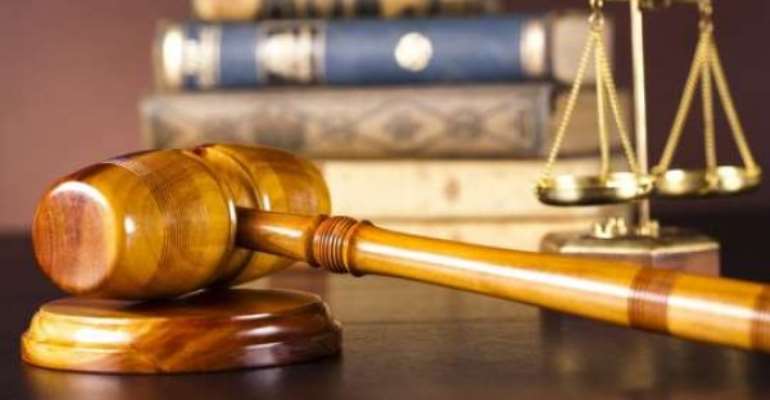 A 22-year-old auto mechanic (Fitter) who attacked and robbed a student at Esaase in the Atwima-Nwabiagya North District, has been remanded into police custody by the Nkawie Circuit Court.

Alfred Adu Gyamfi, together with an accomplice who is currently on the run, is said to have attacked Gabriel Owusu, a student of the Konongo-Odumasi Senior High School and robbed him of his belongings.

He pleaded not guilty and would reappear before the court presided by Mr Johnson Abbey on June 20, this year.

Deputy Superintendent of Police (DSP) Mr Sylvanus Dalmeida told the court that the incident happened on May 30, this year at about 1300hour, at Esaase.

He said while the complainant was conversing with some friends under a tree, the suspect together with his accomplice, emerged from a nearby bush and demanded money from them.

DSP Dalmeida said the complainant, who had GH¢ 4.00 on him, gave it out but the suspects refused to take it saying it was too small.

They demanded an amount of GH¢ 50.00 from the complainant and threatened to kill him if he refused to bring out that amount.

The prosecutor said the suspect after a count of five, held the complainant's neck and started to strangle him.

He was however, rescued by his friends and a report was made to the Adankwame police who arrested the suspect.

The prosecution said during interrogation, the suspect admitted the offence and he was charged and brought before the court.