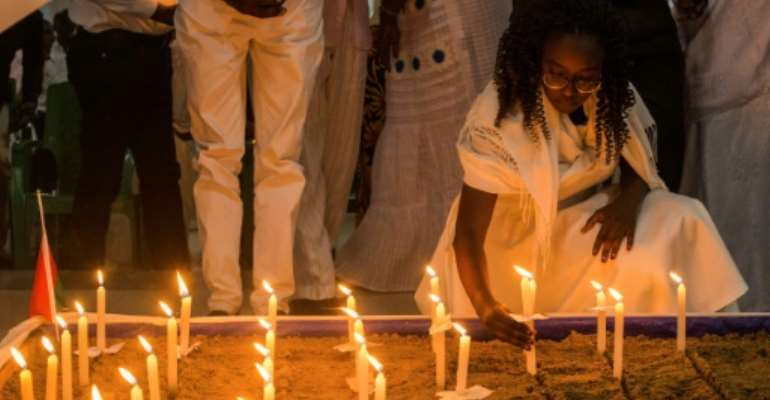 Supporters of Burundi's ruling party CNDD-FDD held a memorial service for President Pierre Nkurunziza who died at the age of 55. By Tchandrou NITANGA (AFP)

Nkurunziza's death on Monday, aged 55, came after the May election of his successor Ndayishimiye, who was meant to be inaugurated in August.

The unusual situation raised questions over how the transition would be managed, as the constitution calls for the speaker of the national assembly to step in if the president dies.

However in its judgement the court wrote that an interim period "is not necessary".

The court ruled that the country must "proceed, as soon as possible, with the swearing-in of the president-elect Evariste Ndayishimiye".

Nkurunziza, a devout evangelical who believed he was chosen by God to lead Burundi, leaves behind a deeply isolated country in political and economic turmoil after his divisive 15-year rule. 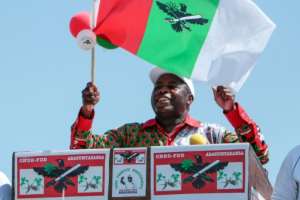 Evariste Ndayishimiye won the election to replace Nkurunziza. By - (AFP)

Nkurunziza's decision not to run in the May 20 election shocked many, as it came after the constitution was changed to allow him to do so.

His successor Ndayishimiye, 52, was handpicked by the ruling party's core group of powerful generals, and won the election with 68.7 percent. Opposition claims of widespread fraud were dismissed by the constitutional court.

While he is also a general, Ndayishimiye is not a regime hardliner and Nkurunziza was expected to continue to play a significant role, possibly limiting the independence of his successor who is reputed to be more tolerant and open. 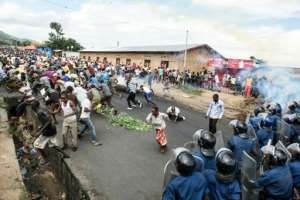 Nkurunziza's bid for a third term in office in 2015 sparked clashes. By Jennifer Huxta (AFP)

"In principle it is an opportunity for him to free himself, in the sense that we would have expected Nkurunziza to play an important role in the future," said Richard Moncrieff, an expert with the International Crisis Group (ICG).

However some observers have said he may run into trouble with the generals if he tries to introduce reforms or improve the human rights situation in the country.

After the news of Nkurunziza's death Ndayishimiye vowed to "continue his high-quality work that he has done for our country".

A source in the French presidency said the country would work with its European partners and "extend a hand to the new Burundian president".

"For the first time we will have a leader who is not just forging ahead regardless of the consequences, wrapped up in divine faith."

The government has yet to announce a date for Nkurunziza's funeral, but is marking a seven-day period of national mourning, during which it has banned music in bars, nightclubs and karaoke, a statement said Thursday.

Both Kenya and Uganda on Friday announced they would be flying their flags at half-mast to honour Nkurunziza. 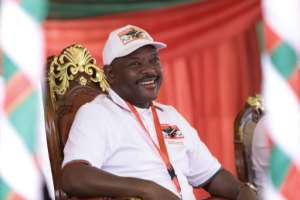 Nkurunziza died of a heart attack, the government says, though some suspect he had the new coronavirus. By STRINGER (AFP/File)

The Burundian president died of what the government said was a heart attack, however suspicion is high he may have had the new coronavirus.

His wife Denise Bucumi was hospitalised at the end of May with the virus. A medical document seen by AFP said she had tested positive for the virus and suffered "respiratory distress".

A medical source at the Karusi hospital where Nkurunziza died, told AFP he had also been in "respiratory distress" before his death.

A medical source at the Kamenge university hospital in Bujumbura told AFP that the head of the institute of public health "came to requisition our hospital's only ventilator and the head of our reanimation service in the name of the presidency on Monday at 10am".

Both were flown to the hospital in Karusi, but it was "too late, president Nkurunziza was already dead," a medical source in Karusi said.

Burundi has largely ignored the virus outbreak, taking few measures to combat its spread compared to many of its neighbours which implemented strict lockdowns and curfews, and holding an election campaign.

The country has officially reported 94 cases and one death.