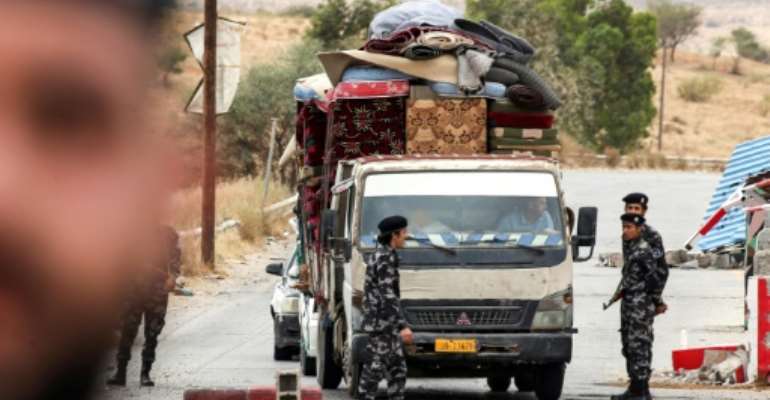 War and division are weakening Libya's fight against the novel coronavirus, with the government struggling to deal with an outbreak deep in the desert south.

The oil-rich North African nation has been mired in chaos since a NATO-backed uprising toppled and killed longtime dictator Moamer Kadhafi in 2011.

The UN-recognised Government of National Accord (GNA) controls the west, including the capital Tripoli, while military strongman Khalifa Haftar controls the east and some of the far-flung oases and oilfields that dot the south.

With Libya already largely cut off from the rest of the world by conflict when it reported its first coronavirus case at the end of March, the situation appeared relatively contained.

Cases of infection were "very low" compared to neighbouring countries, according to Badreddine al-Najjar, head of Libya's centre for disease control.

"We even had weeks without new infections," he said.

The rival administrations imposed curfews and closed borders, schools, businesses and mosques, in a bid to prevent often obsolete and worn-down health facilities from becoming overwhelmed.

But health measures "are difficult to apply due to the political and security context", Najjar said.

The situation has changed rapidly in recent weeks, with dozens of cases appearing in the south's largest oasis city Sebha.

The GNA has reported 393 coronavirus infections and five deaths nationwide, around half of them in and around Sebha.

But that only accounts for cases that the Tripoli-based disease control centre has been able to confirm. 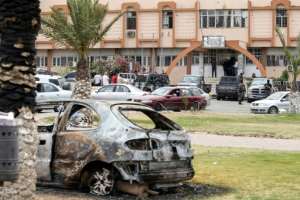 A renewed flare-up of fighting this month between Libya's rival administrations has furthered hampered the country's efforts to avoid a major coronavirus outbreak. By Mahmud TURKIA (AFP)

Najjar said local authorities in Sebha, which is under the control of pro-Haftar forces, were not equipped to deal with an outbreak, and initially refused the GNA's help.

"It was difficult to open up isolation rooms... and the equipment didn't arrive until after a large number of infections among close contacts", Najjar said.

"The residents did not cooperate and did not respect the preventive measures", Najjar said. "They acted like nothing was wrong".

Ibrahim al-Zouay, head of the committee to fight the pandemic in Sebha, acknowledged that local authorities had been overwhelmed by the task.

"We were unable to isolate 'patient zero' because the number of cases grew", he told AFP.

"The support and rapid intervention teams stuck to testing and monitoring the family and friends" of confirmed cases, he added.

Divisions and accusations of mismanagement have also marred a plan to repatriate more than 15,000 Libyans stuck abroad.

Libya lacks adequate infrastructure for quarantining arrivals on its soil, and the security situation prompted fears that armed individuals could release people from isolation by force.

So authorities decided to quarantine returnees before their repatriation instead, a decision critics say has led to new infections among those who came into contact with them.

"Each flight carrying returnees was like bringing back booby traps", said Mahmoud Abdeldayem, who works in the civil registry in Tripoli.

"How come there were cases?" he asked, questioning the quarantine and testing arrangements prior to departure.

"There must be a problem in implementing the programme."

More than 8,000 people had been brought home before repatriations were suspended last week as fighting in the country intensified.

"Health is above all a service. Involving it in political struggles is shameful and unacceptable", he said.

"It's Libyans who will pay the price."