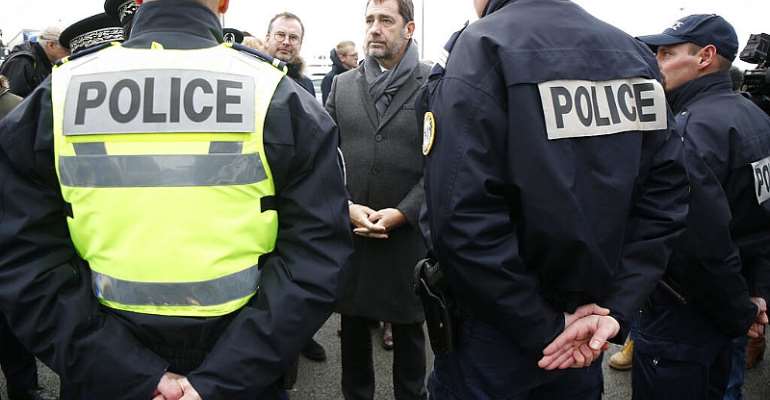 French police officers have said they feel abandoned by the government, as police unions met the Interior Minister Christophe Castaner amid a wave of protests alleging racism and police brutality.

Against the background of the killing of George Floyd by police in the US, protests in France have focused attention on allegations of brutality and racism in the French police service.

One demonstration centring on the circumstances surrounding the death on police premises in 2016 of a young black man, Adama Traoré, drew around 22,000 supporters. The case is still being examined.

In a televised address on Monday on the issue of police conduct, Castaner said that “any suspicion of racist acts or words which was proven” would lead to the automatic suspension of the officer concerned. The unions are concerned that his use of the word "suspicion" is too loose.

Castaner also announced a ban on the use of chokeholds by police, while unions maintain that as yet there is no effective alternative method to immobilise individuals who resist handcuffing.

More generally, the police unions intend to convey a growing anger among their ranks towards Castaner for what is seen as his failure to support officers amid what one called union leader called “police-bashing” protests.

There are signs of mounting frustration within the force.

In Nice on Thursday, police officers lined up in the city centre's Place Masséna placing their handcuffs on the ground in front of them, in what they described as a “spontaneous demonstration”.

The leader of the Unité-SGP-FO trade union warned this week that if the government doesn't change its attitude “cops will just down tools and stop arresting people.”

There is clearly a feeling among some officers that the Interior Minister has allowed a number of particular allegations of brutality which are under investigation, to grow into more generalised accusations.

Police unions want more support, saying their officers are exhausted after an extremely busy period in recent years coping with terrorism, the Yellow Vest protests and major anti-pension reform protests amongst much else including ordinary crime and Covid-19.

The government “used” police officers to deal with these recent serious threats to public order, says Philippe Capon of Unsa-Police. But now, he asserts “a problem in the United States has been transposed to France”. And his members, he says, feel betrayed.

Capon complains of a “knee-jerk stigmatisation” of the police and worries that all police officers are vilified for the misconduct or crimes of a minority. He says the police are “blamed for everything and it must stop”.

One trade unionist hinted that Castaner had abstained from louder support for the police in the face of a social media frenzy. “We expected as much," he told Le Figaro newspaper.

The relationship between Castaner and the police has been difficult for some time and it's widely assumed that he will be replaced in the expected upcoming government reshuffle.

Harder to judge is how the French public in general view their police force.

A poll published by BFMTV and conducted by Elabe reveals a mixed picture.

Trust in the police stands at 69 percent, a drop of 7 percent since April 2019 but 65 percent of those polled think that police violence in France is linked to “the aggressive behaviour of some people”, while half cite “the high degree of social tension and the number of protests”.

Just over one third, 37 percent of those polled, felt police violence was down to the behaviour of some officers and their excessive use of force while 29 percent felt that such violence stemmed from a feeling of impunity.