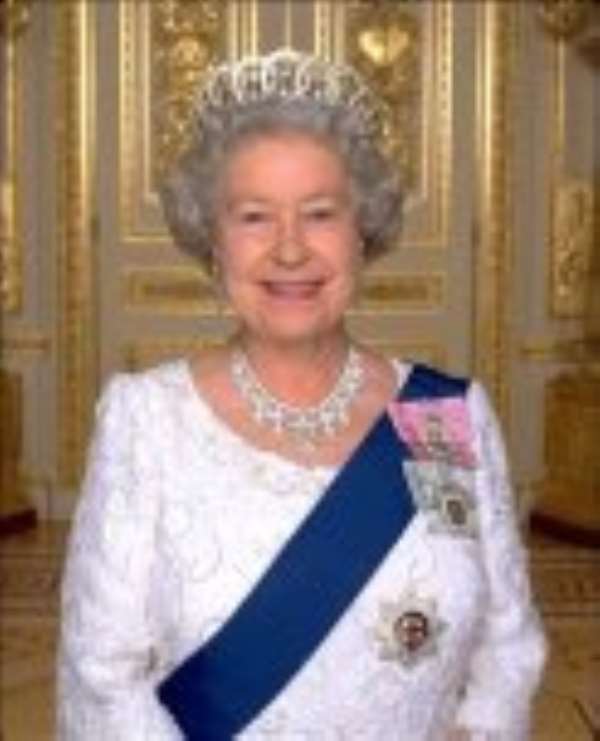 Her Majesty, the Queen of England, Queen Elizabeth has observed that with the socio-economic as well as the political approach taken, Ghana will reach far in her attempt to ensure a sound economy and democracy for her citizens.

The Queen lauded Ghana's relationship with her country and said such a lasting relationship has been based upon areas of shared common heritage and mutual respect.

The Queen's Marshall of the Diplomatic Corps, Sir Anthony Figgis made these remarks when he had a farewell breakfast meeting with the out-going Ghana's High Commissioner to the UK, Mr. Isaac Osei at his residence in London on behalf of the Queen.

The visit was aimed at bidding the High Commissioner fare ware and to also congratulate him on his new appointment as the chief executive of the Ghana Cocoa Board.

She observed that British-Ghanaian relations have spanned several centuries. We have a shared aim to work for the political and economic development of Ghana.

'Relations at all levels are multifaceted and close. Politically, the British Government strongly supports Ghana's commitment to democracy, the rule of law, and respect for human rights. As partners in the Commonwealth and as members of the United Nations we share many common ideals, on such issues as peacekeeping and terrorism.' Her majesty the Queen of England noted.

Economically the UK has been the largest new investor in Ghana over each of the last 5 years and remains Ghana's major non-oil trading partner.

She noted the cultural links between the two countries has been encouraging, stating that there are a large number of British working in various socio-economic fields in Ghana and the large Ghanaian expatriate community in the UK whose valuable contributions to the UK's economy is also admirable.

The Queen praised Mr. Osei for not only strengthening the bond between the two countries but also taking active part in the activities of the Commonwealth which has contributed in ensure a number of achievements Ghana has chalked during the last few years.

She described Mr. Osei's duty in the UK as a 'successful duty tour which has yielded positive achievements for the two countries'. She noted that United Kingdom became the largest bilateral aid donor to Ghana and during the year 2001 and 2002 more than 900 billion Cedis in development assistance was disbursed.

The Queen's Marshall of the Diplomatic Corps, on behalf of the Queen presented a signed picture of the Queen and his husband The Duke of Edinburgh, Prince Philip to the High Commissioner.

On his part Mr. Osei thanked the Queen for her personal support that has contributed immensely to the work he did in the UK

'I am happy to return to Ghana at this time after contributing my quota to the work here. I am leaving for Ghana to take up an appointment in the corporate sector from where I came from into the Diplomatic filed'. He said.

Present at the breakfast meeting was the Ghana's Deputy High Commissioner to the UK, Mr. Adolphus Arthur and the family of Mr. Osei.

Mr. Osei has since returned home.