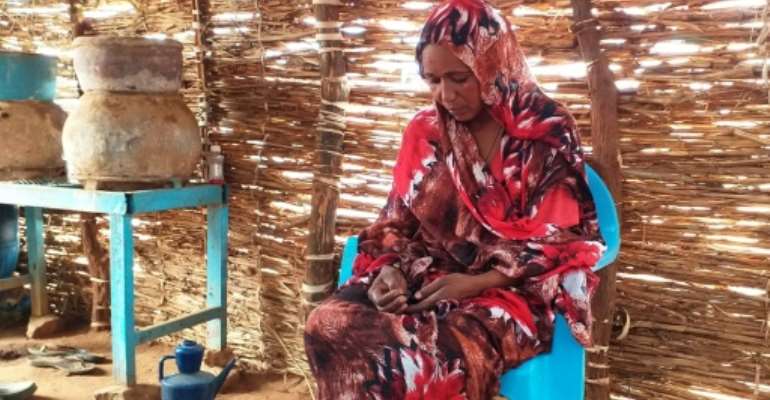 'Kushayeb killed my husband and my brother as they were burying a relative in 2013,' Badria Saleh told AFPÂ . By - (AFP)

Sudanese civilians displaced during the devastating conflict in Darfur have welcomed news that a top militia leader accused of atrocities there has surrendered himself to the International Criminal Court.

Ali Kushayb, also known as Ali Muhammad Abdelrahman, was wanted on more than 50 counts of war crimes and crimes against humanity in the western region.

He turned himself in earlier this week in the Central African Republic, ending 13 years on the run.

"I couldn't believe it at first," said Badria Saleh, who lives in a refugee camp of mud houses with grass and plastic roofs in the South Darfur region.

"Kushayb killed my husband and my brother as they were burying a relative in 2013," she told AFP.

"We fled our village," she added, bursting into tears.

The Darfur conflict broke out in 2003 when ethnic African rebels, complaining of systematic discrimination, took up arms against the government of longtime dictator Omar al-Bashir.

The state hit back with violence by the mostly Arab Janjaweed militias, a campaign that saw the ICC accuse Bashir of war crimes, crimes against humanity and genocide.

'Scared of his cruelty' 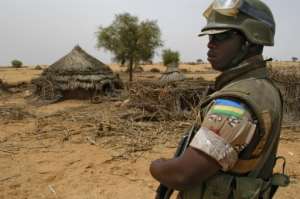 An African Union soldier surveys an abandoned village in Darfur in 2006. The United Nations says the conflict killed 300,000 people and displaced 2.5 million. By CHARLES ONIANS (AFP/File)

Kushayb, a senior Janjaweed commander in the early years of the conflict, was the target of a 2007 ICC arrest warrant on multiple counts including rape, murder and pillaging.

"Kushayb attacked our village with five cars and killed my brother and 35 other villagers," he said.

"That was eight years ago -- since then I've been living in the camp because I'm scared of his cruelty."

Fellow camp resident Hamed Ahmed Harir said he had tried to return to his village of Raheid al-Bardi, 150 kilometres (90 miles) south of Nyala four months ago, but was blocked by Kushayb's forces.

"Kushayb detained me for two days and threatened to kill me if I didn't leave," he said.

"My family was forced to abandon 150 shops in Raheid al-Bardi market," he said angrily.

"Kushayb seized them and turned them into private investments." 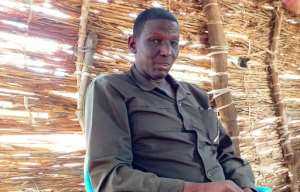 Kushayb's arrest comes less than a year after a transitional government took power following Bashir's ouster by the military in April 2019 on the back of vast protests against his rule.

The country's new rulers, including civilian and military figures, have promised accountability for those responsible for crimes under Bashir.

In December Bashir himself was sentenced to two years in a community reform centre over corruption.

And in February, transitional authorities finally agreed to hand him over for trial at the ICC, although they have yet to do so.

They have also started peace talks with rebel groups in Darfur and other conflict-torn parts of the country.

Kushayb is set to be the first of five Sudanese suspects wanted by the ICC over atrocities in Darfur to appear before the court.

"Kushayb's arrest is a success for international justice and... for the victims," Minni Minnawi, leader of a rebel group active in Darfur Sudanese Liberation Army, wrote on Twitter.

"Justice for Darfur has already been too elusive for too long," she said in a statement.

"A window of opportunity has been opened. We must collectively seize it... to finally bring justice to the victims in Darfur."

On Wednesday, Sudanese government spokesman Faisal Mohamed Saleh welcomed Kushayb's surrender and again stressed Khartoum's readiness to "discuss the appearance of the other defendants before the ICC". 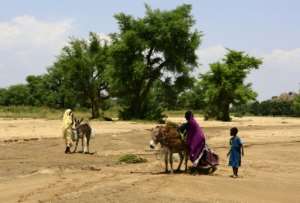 'Justice for Darfur has already been too elusive for too long,' the ICC's chief prosecutor said. By ASHRAF SHAZLY (AFP/File)

"It will bring relative security to Darfur," he said.

"We can return to our villages that he forced us to leave."