Gambian man in US charged with torturing prisoners in home country 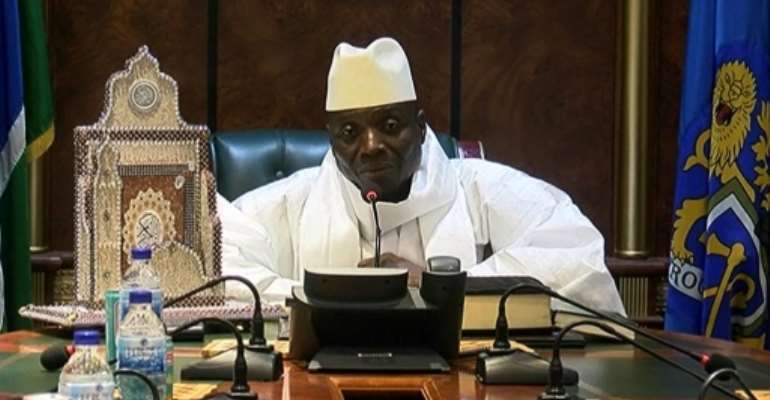 A Gambian man living in Colorado was arrested Thursday on federal torture charges for his alleged role in abusing political prisoners suspected of plotting a failed coup in The Gambia in 2006.

Michael Sang Correa, 41, is charged with one count of conspiracy to commit torture and six counts of inflicting torture on specific individuals, according to a June 2 indictment made public on Thursday.

"With this arrest, we are not only holding accountable a man who has allegedly committed horrific acts of torture against his own people, but demonstrating to the People of The Gambia, and indeed the entire world, that the United States stands for the rule of law and against those who abuse human rights," Jason Dunn, the top prosecutor in Colorado, said in a statement.

Correa had entered the US in December 2016 to work as a bodyguard for Gambia's vice president, who was visiting the United Nations, Dunn told reporters.

He stayed in the country and moved to Denver at some point after Gambian President Yahya Jammeh was voted out of office, officials said.

While in his home country Correa had been part of a military unit known as the Junglers, which operated outside the army's chain of command and took orders from Jammeh, according to the indictment.

In 2006, the indictment alleges, Jammeh's government learned of a plot to overthrow him and arrested a number of individuals suspected of taking part in the attempted coup.

The suspects were taken to Mile 2 Prison where Correa and others tortured them over a period of two months (April and March 2006), the indictment says.

Some of the prisoners had molten plastic or acid dripped on their bodies while others were beaten up with pipes, wires and branches, according to the charge sheet.

"The co-conspirators sometimes covered the victims' heads with plastic bags restricting their ability to breathe and subjected some victims to electrocution on various parts of their bodies," authorities said. "The indictment further alleges that one victim was suspended over the ground in a rice bag and beaten severely by the co-conspirators."

Correa had been in federal custody in Colorado since last year after being arrested by Immigration Customs and Enforcement (ICE).

Authorities said investigators managed to track him down in the US thanks to communication and financial trails that led to his arrest.

Jammeh ruled Gambia with an iron fist for 22 years, but fled in January 2017 after losing a presidential election to relative unknown Adama Barrow.

Jammeh first refused to acknowledge the result before being forced out of power by a popular uprising.

He has been living in exile in Equatorial Guinea.