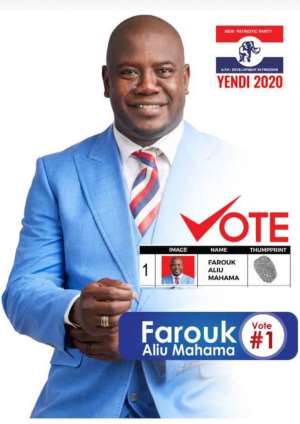 The Yendi constituency is one of the oldest constituencies in the Northern Region. It is politically said to be a stronghold of the NPP in the Region as it has won the seat many times than any political party in the constituency.

For the purpose of this polls, we are focusing on the NDC and the NPP in the constituency in the 4th Republic.

Since the NPP boycotted the 1992 Parliamentary elections in the country, Hon. Yussif Kambala represented the Yendi constituency on the ticket of the NDC. From 1996 to 2007, Alhaji Malik Alhassan Yakubu was the MP on the ticket of the NPP. In the 1996 Parliamentary Elections, he secured 13,743 votes to beat Hon. Sulemana Ibn Iddrisu of the NDC who had 7,107 of the votes. Alhaji Malik Yakubu Alhassan won the seat again for the NPP in the year 2000 with 10,620 votes to beat Mr. Issah B. Bukari who had 8,528 of the votes for the NDC.

Alhaji Malik Alhassan Yakubu won the Yendi seat for the third time for the NPP in 2004 with 15,302 of the votes as against Hon Sulemana Ibn Iddrisu who secured 10,779 votes for the NDC. 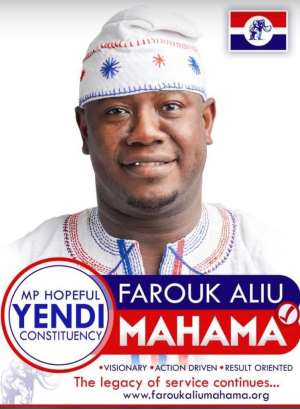 In 2008 however, Hon. Sulemana Ibn Iddrisu won the seat for the NDC with 10,831 votes when an Independent Candidate emerged from the NPP and pulled some of the votes that otherwise should have gone to Hon Malik Alhassan Yakubu who had 10, 214 votes for the NPP. The Independent Candidate, Abukari M. Mohammed got 8,733 votes.

Hon. Mohammed Habib Tijani however recaptured the seat for the NPP in the 2012 elections and retained it in election 2016. In 2012, he pulled 22,961 votes against the incumbent, Hon Sulemana Ibn Iddrisu, who secured 14, 228 votes and again secured 27,188 votes to retain the Yendi seat for the NPP in election 2016. The NDC candidate, Hon Yahaya Hamza Alikali got 23,964 votes.

Three people have filed to contest the NPP primaries in the Yendi constituency on June 20th: Hajia Abibata Shanni Mahama, a Deputy CEO at MASLOC, Alhaji Baba Daney, a Chartered Accountant and Alhaji Farouk Aliu Mahama, a Philanthropist and Deputy procurement Manager at the Ghana Cocoa board.

Farouk Aliu Mahama, per our polls, has 7 of the Constituency Executives standing solidly behind him. Five of the Council of Elders and Patrons are also behind him. There is an absolute declaration of support for Farouk Aliu Mahama at Zugu, Nakpachei, Adibo, Gundogu, Kumfong, Gbungbaliga, Kushegu, Ngani, Kuni, Zagbang and Kpanjamba.

Per our polls, Alhaji Farouk Aliu Mahama will pull not less than 351votes representing 59% of the 598 votes in the primaries on June 20th.

From our research, what has earned Farouk Aliu Mahama the favour of the people are the many projects he has embarked on; notably among them is the Yendi Hospital Mortuary refurbishment and reconstruction. He is also cited for his annual massive support to farmers in the constituency as well as the provision of jobs to the youth, the empowerment of women with non-refundable seed capitals as well as equipping them with the needed entrepreneurial skill. Above all these, is his accessibility to the people of Yendi.