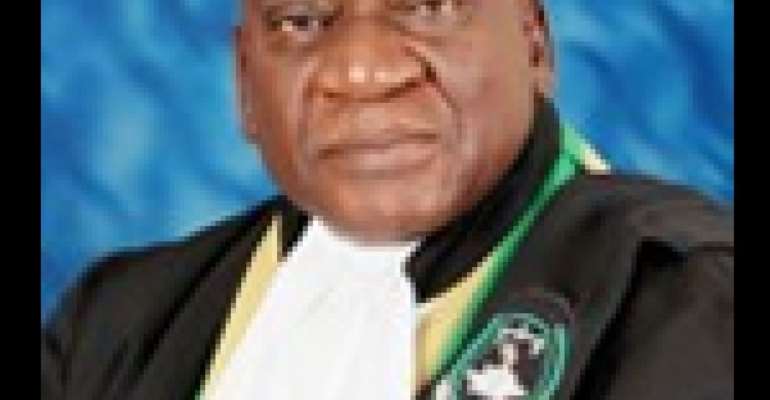 The African Court on Human and People's Rights has mourn the death of its First Vice-President, Justice Modibo Tounty Guindo of Mali, whose incidence happened on June 4 in Bamako, Mali.

The Judges of the Court have observed a minute of silence and signed a condolence book in memory of the late Justice Guindo at its 57th Ordinary Session.

A statement signed by Dr Robert Eno, Registrar of African Court, and copied to the Ghana News Agency in Accra said Justice Modibo died after a short illness at Bamako, Mali.

Quoting Justice Gerald Niyungeko in his tribute, the statement said, “As members of the court's first Bureau, we had the daunting task of establishing the court immediately and fully operational...

Judge Guindo gave me multiple support at all times. He made himself available whenever necessary, even as he continued his professional career in Bamako”. Quoting Justice Sylvain Ore, the statement said, “He will be remembered as among the first 11 judges who pioneered the work of the African Court at its inception in 2006 and also for the enormous contribution he made in the judiciary in his country, where he served as a judge for over 30 years”.

He added, “Justice Guindo's historic work lives on and the posterity will come to appreciate and recognize his contribution for laying the foundation to issues of protection of human rights on our continent”.

The late Justice Modibo Guindo was from Mali who was elected in 2006 for a term of six years and served as the court's first Vice-President from September 2006 to 2008.

He had previously worked as technical consultant at the Ministry of Justice, Mali, and served as a judge at the Court of First Instance in Timbuktu.

In the administration of the Judiciary, he was Advisor of Justice in charge of human rights and presented the second Periodic Report of Mali on the implementation of the International Covenant on Civil and Political Liberties before the Human Rights Committee in Geneva.

He was a panelist in the United Nations inter-Agency workshop on the human rights-based approach which started in 2002 in Stanford, the USA, and was an Expert at the Conference of government bodies in charge of human rights in Francophone countries, which held in Brazzaville from April 25 to 28, 2003.

He was a Legal Consultant for the UNPFPA in Mali for civil status legislation (laws and civil status registration documents).