The Hunt For Change In Sierra Leone Is Mounting 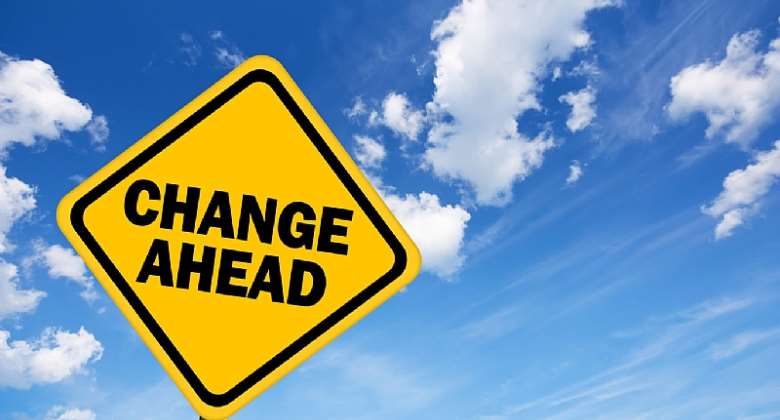 Many in Africa would regret it today that attempts by the late Sir Milton Margai (First Prime Minister of independent Sierra Leone) government at making independent and democratic self-rule meaningful to Sierra Leoneans, were betrayed by acts of omission and commission of succeeding governments since the death of the country’s first Prime Minister in 1964. The period in particular 1978-1992 was the one-party dictatorship and the era in which Sierra Leone began the path to self-destruction, ruins, degradation, and dehumanization.

The era of one-party rule in Sierra Leone was a period in which corruption and rude tribalism became the guiding principles for running affairs of state. The period witnessed totalitarian fascist state, painful economic woes, collapsed of cherished institutions, social decadence, and destruction of every good thing in the country.

The decline we noticed in the education, health, housing, communication, transport, agriculture, public service sectors, and inefficiency in the dispensation of justice today can be traced as far back as in that period. The period was nothing but an era of failed leadership, which rather than encouraged and promote principles of accountability, respect for the rule of law and patriotism, opted to destroy institutions that were erected to sustain the growth of society, unleashing on the rest of the people a conglomerate of sycophants and zombies to do the bidding, including sowing the seeds of ethnic hatreds and violence to drive the other tribes into submission.

Undoubtedly, today, a climate of discontent, feelings of dispossession, sense of abandonment and exclusion pervades in the country. Suffering and want have become visible in every corner of a country that is flowing with milk and honey, 3-daily square meal and decent living standards are luxuries which only few can afford, the economically disadvantaged and poor masses of the land felt their dignity and integrity are under attack by the powerful few who have made the common resources of the country their private property.

The Sierra Leonean youths in particular have felt the blight of being cruelly, socially marginalized and politically manipulated, and short-changed by big party gurus, who steal their resources and wealth, who manipulate their votes and gender, who use rude tribalism and regional politics to divide them into two hostile camps-“Mende-land and Tenme-land miasma”. Our youths are increasingly becoming restive and have come to grasp with the understanding that their collective destiny and pride have been mortgaged by corrupt and insensitive politicians and public officers for a life of opulence and immorality.

Frustrated that good education is now outside their means and that what is left for them as the future leaders of the country is a dysfunctional system that divides and oppressed Sierra Leoneans. Sierra Leoneans are more than ever, psychologically traumatized, if not dispirited. Sierra Leoneans better understand that the few who have ceased their freedom and liberty and made them paupers in their country have improvised alternative and well-funded educational system that serves their needs and that the collective resources of the land are being diverted to provide first class education for the children of the privileged few, overseas. Sierra Leoneans have become aware of the routine violations of their basic human rights and democratic freedoms, under a cabal of corrupt, avaricious and evil men and women.

Sierra Leoneans are equally disturbed and feel appalled as they watch the steady disappearance of the public health sector; they are frustrated at the poor state of their road networks, the alarming lawlessness and souring crime rate, hunger and collapse of the agriculture sector and culture of impunity. These are not the marks of freedom, but the rein of an aggressive system that tends to keep Sierra Leoneans in bondage. From the North to the South, East to the West, Sierra Leoneans are being caught wallowing in mounting and interminable anguish of sorrows and bitter tastes. The mounting hunt for change to be initiated in Sierra Leone, by patriotic and visionary Sierra Leoneans can at least be justified from the above stated failures in the country’s national and local leadership.

What is to be done now to reverse the situation, and how do we go about doing something, or actualizing the agenda for change of the corrupt, epileptic and decadent system? These are questions this forum is asking Sierra Leoneans. We have turned to our religious leaders for direction to free ourselves from the moribund system, but all our pleas have ended to naught; no ray of hope to ensure that Sierra Leoneans can enjoy the freedoms and liberty that God endowed them as a nation. What our religious leaders want Sierra Leoneans to believe is that God has abandoned Sierra Leone! If our religious leaders failed us as a nation, where do we go now? If one visits religious houses it is shocking to notice in the front roles the very corrupt, avaricious, shameless and unproductive men and women, who have sold the integrity of Sierra Leoneans to foreign passersby for their own selfish ego. These corrupt and questionable persons are hands in gloves with the country’s Imams, Sheikhs, Pastors, Bishops and Reverends; Churches and Mosques have become places to lie and manipulate people.

Sierra Leoneans know that, with or without Imams, Sheikhs, Pastors, Bishops and Reverends, God condemns oppression and all oppressors; God condemns hypocrisy and all hypocrites; God condemns injustice and discrimination of any kind. Experience teaches us that God will not accept and aid a supposedly religious people whose religious orientation have not thought them the understanding that keeping silence in the face of oppression and injustice belies the essence of religion and what God stands for.

This Forum should not be misconstrued as a meeting point to attack personalities or to exhibit showmanship. We believe that after almost 60 years of independence from colonialism, it is time Sierra Leoneans to wake from the slumber and take a moment of sober reflection. It appears Sierra Leoneans have abandoned the ways of God and disregarded the essence of religion. Some may suggest that Sierra Leoneans have shifted attention to the second question, and ask, whether it should now be accepted that God only help those who help themselves. If this is so then, what could Sierra Leoneans do as to help themselves now?

Whether you are SLPP or APC, PDL, NGC, C4, ADP or any other party in Sierra Leone, we should accept that poverty wrecks development of a nation, and Sierra Leone is not an exception to this rule. The situation in the country is so hapless and traumatic that Sierra Leoneans are now forced to look for alternative path to survive, and the best they can do is to indulge in corrupt and retrogressive ways in order to survive and live a decent life. These in effect have subverted the culture of peace and replaced it with restiveness and insecurity of lives and property. The cumulative effects of all these, is the climate of underdevelopment, which abounds in every corner of Sierra Leone.

Since most Sierra Leoneans desire a complete change of the rotten system or status quo, a change, which would inevitably come out of the ashes of the old, tribalistic and decadent system, it is only natural that while seeking replacement for the obnoxious system or status quo, we have to bring forth genuine discussions in this group and allow members to exchange their views and ideas in a peaceful, respectful and democratic way. As always, discussing the mirage of challenges facing Sierra Leone inevitably involves talking about national interest and not ethnic, personal or party interests.

So, therefore, it is important for Sierra Leoneans to really understand the fact that, the road to salvation lies on how individuals and groups are able to face the daunting challenges of freeing their society from the greed and bondage of few visionless and ideologically bankrupt leaders. The 2023 election is our chance once again to demonstrate our patriotism, readiness and determination to vote in right people that will steer the ship of Sierra Leone and the Sierra Leonean people in the right direction.

There is no doubt, it take two to tango; the people have a responsibility to protect their vote, since the institutions saddle with such responsibilities have failed and are still failing to do so. In such an environment, the rule of engagement also change, we cannot trust anybody; but, let us prepare ourselves for the challenges of the forth coming elections of 2023. We should all come out with proposals to ensure that our vote in 2023 is not only protected; but that the wish and aspirations of the Sierra Leonean people should prevail.

Finally, we want to make it understandably and loudly clear that this forum was created to give Sierra Leoneans the opportunity to expose the ills associated with poor governance in Sierra Leone and as a center of decent debates, leading to finding appropriate antidotes to Sierra Leone’s general malaise. If we allow the opportunity God Almighty Allah has created in this forum passes us by, then Sierra Leone would become permanently enslaved for years after the 2023 elections. This in turn will breed deepening poverty, hopelessness, confusion, immorality and destitutions among Sierra Leoneans. The time to sit aloof waiting for corrupt politician to give us tee-shirts, drugs and ill-gotten money to subvert our vote is over.