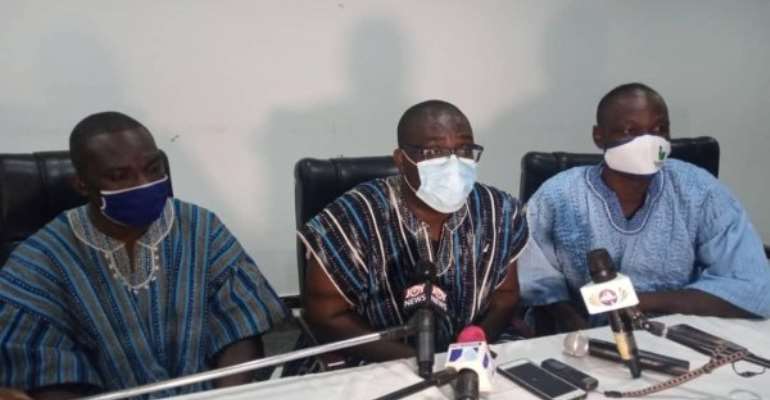 The New Patriotic Party (NPP) has trained its executives in the Upper West Region on the Dos and Don'ts at the registration centers in anticipation of the new voter's registration exercise by the Electoral Commission this June.

Mr Sammy Awuku, NPP National Organiser who briefed the media in Wa shortly after the training exercise also hinted that party executives were also engaged in some rudiments of party discipline.

He said it was necessary because in recent times some party members exhibited anti-party conduct including; invoking curses and misbehaving towards party leaders and establishment at the least provocation.

“We are using the opportunity to educate and sound a word of caution that the party disciplinary procedures are still in force and anybody who runs contrary to the dictates and provisions of our constitution will also be dealt with”, he warned.

The NPP National Organiser also appealed to the public to endeavour to turnout in their numbers to register so that they would have their names on the new register to qualify them participate in choosing their leaders in the 2020 elections.

He explained that the National ID Card was not only for purposes of elections, but also for purposes of business transactions, therefore encouraging all Ghanaians to take every available opportunity to acquire the card.