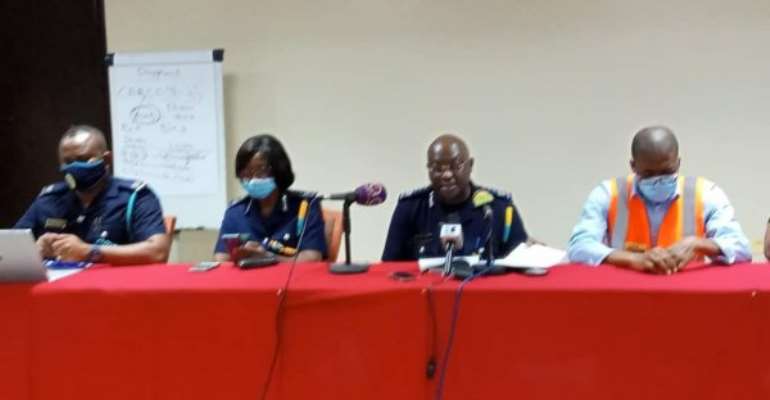 The Customs Division of the Ghana Revenue Authority (GRA) says concerns raised by the Ghana Institute of Freight Forwarders (GIFF) over challenges bedeviling the implementation of the Integrated Customs Management System (ICUMS) at the ports, were over exaggerated.

Mr Emmanuel Ohene, Assistant Commissioner of Custom, who is the Project Manager of ICUMS, said it was not true that for the first four days of June, no import declaration went through at most of the frontier stations, stating that 1,452 transactions were registered by ICUMS at the land frontiers for the said period.

“Every transaction done in ICUMS including TVI is issued with their required Certificate. For the avoidance of doubt, a TVI Certificate is generated and given to the driver, which is verifiable”.

On the issue of training, he noted that since November 2019, training sessions had been organized for all stakeholders before the system went live, adding that as training was a continuous process which was ongoing.

According to Customs, an ultra-modern call centre and customer support desks had been established at strategic locations for stakeholders who required support to personally walk into such facilities created to manage the transition which they said was normal during changes to systems such as the ICUMS.

Addressing the system calculator challenges issues raised by GIFF, Customs explained that payment was no longer made on the Bill Of Entry (BOE) but rather a Bill of tax was generated for payment indicating that “whereas previously, a post-entry is required to update change in exchange rate. ICUMS does that automatically and generates a new Bill of Tax. This is a more effective way of managing changes in exchange rate rather than the post-entry as was the case in the old system”.

They stated that the one per cent inspection fee in the case of general goods and new vehicles as well as the one percent examination fee for used motor vehicles were administrative fees and not related to a service provider. “So long as a BOE goes through Classification and Valuation process, the payment of this fee is required”.

Customs, debunking the assertion that there was absence of administrators control, said ICUMS had clear isolation of data and date privacy which they noted was strictly enforced therefore transactions of one entity could not be accessed by another agency.

Adding that there was clear control of work such that, users in the same company were not able to see each other's work unless assigned a supervisor role.

Customs stated that it was the expectation of GRA that by the year ending, clearing cargo from date of its discharge to its release at the sea ports would take 48 hours, while a lesser time would be required for air and land frontier operations.

"I want every Okada driver to be a billionaire" — ‘CODA Dri...
13 minutes ago